The new regulations place certain preventative restrictions on South Africans which, if contravened, could result in up to six months in prison. 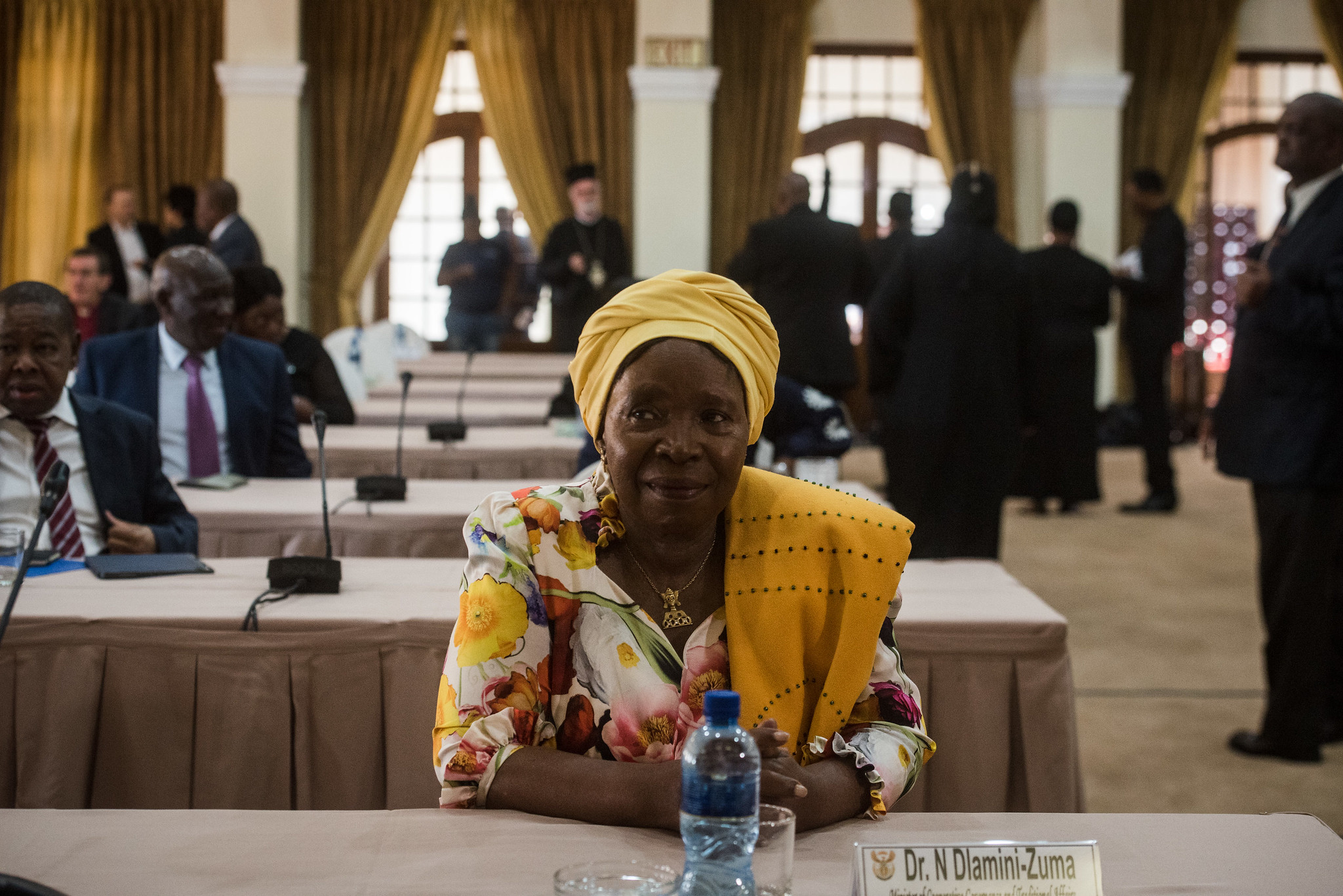 Minister of Cooperative Governance and Traditional Affairs Nkosazana Dlamini-Zuma can be seen at the Presidential Guesthouse where President Cyril Ramaphosa met with Religious leaders to help curb the spread of the Covid-19 infections in the country, 19 March 2020, Pretoria. Picture: Jacques Nelles

Following the gazetted regulations that will govern the national state of disaster in South Africa, an inter-ministerial committee briefing was held on Thursday that was led by Cooperative Governance and Traditional Affairs Minister Nkosazana Dlamini-Zuma.

Joining her was Justice Minister Ronald Lamola, Police Minister Bheki Cele and Economic Development Minister Ebrahim Patel who clarified the new regulations and what it means for South Africans.

Here are five important points from the briefing:

A limitation of rights has been enforced

Lamola said the regulations of rights were published on Wednesday.

“In that regard, we want to see maximum compliance across the country and any failure of compliance will be visited upon by … law enforcement agencies.”

Cele reiterated this, saying compliance was necessary to combat the Covid-19 outbreak.

“It’s not negotiations, it’s the law,” he said.

The new regulations place certain preventative restrictions on South Africans which, if contravened, could result in up to six months in prison.

The regulations limit gatherings to not more than 100 people and Cele said there would be no special exceptions made to increase this number.

“You don’t go to the police station, you go straight to the funeral and you with 100 people.”

He added the organiser of these gatherings would be the person responsible should the they be over 100 people.

According to Patel, regulations published in the gazette on Wednesday permit private healthcare providers to co-ordinate their actions as part of the Department of Health’s efforts.

“This includes the sharing of beds, sharing of facilities, medical supplies, nurses, doctors and so on,” Patel said.

He added it would also include hospitals, medical suppliers, specialists, pathologists, laboratories, pharmacies and healthcare funders.

The economy will be closely watched

The government has approached the private healthcare sector to play a role in fighting Covid-19.

Patel said the virus would impact South Africa’s GDP but once it was defeated, South Africans would need to work together to rebuild the economy.

For now, he said, the government would ensure supply chains remained strong and goods were available to South Africans.

Consumers will be protected

Patel lamented the spike in stockpiling at retail outlets, saying it had decreased on Wednesday but retailers have put limits on their products which had helped to calm panic buying.

“But there is anecdotal evidence of price spikes in areas such as face masks and hand sanitisers.

“We are appreciative that a majority of South Africans have not rushed to the stores and have indeed remained calm,” he said.

“[Retailers] have committed to help us ensure that there are no unjustified price increases in this period. The retail groups include Shoprite Checkers, Pick n Pay, Woolworths, Spar, Game, Deon and Makro as well as Clicks and Dischem.”

Patel said there were regulations in place to ensure consumers were not subjected to “unjustified price hikes” or stockpiling.

“We are doing this to protect consumers and ensure fairness and promote social solidarity in this period.”