In a statement, the church said social distancing and people density management has become crucial to containing the spread of the virus. 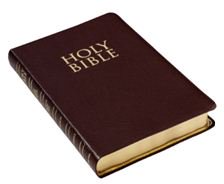 The Mamelodi Baptist Church, currently home to around 60 people who were displaced by floods in December, has suspended church services as the number of confirmed Covid-19 cases continues to increase in the country.

In a statement, the church said social distancing and people density management has become crucial to containing the spread of the virus.

“The reality of the situation is that the infection rate is expected to increase exponentially going forward,” the statement read.

“It is our conviction that the church must never be the source of infection and sickness, but of life and health.”

“In addition, our Church continues to host about 60 homeless flood victims, which will make it difficult for our Church to keep the social distance measures.”

The church added that the church will suspend services for the next month and will focus on ministry to the community and fellowship in home cells.

“The situation will be monitored on a continuous basis and will be reviewed should there be a substantial change of circumstances.”

The church opened its doors to residents of the Eerste Fabriek informal settlement in Mamelodi where over 1000 residents were left homeless due to severe flooding on December 9, 2019 that destroyed over 700 shacks.

News24 reported that a number of people also had to be rescued after they were trapped inside the informal settlement as a result of the rising waters. Those displaced initially found shelter at the church and community centres in Mamelodi.

Many residents have since moved back to Eerste Fabriek, which was built along the banks of a river that flows through Mamelodi. Earlier this year, around 100 of the flood victims demanded that Gauteng Premier David Makhura consider them during his State of the Province Address (SOPA), as they wait to be relocated.

Residents said that Makhura promised to help them relocate, but that this promise did not come to fruition.

News24 previously reported that Makhura had said a committee had been established to look at relocating those living in the informal settlement, which was destroyed by floods at the beginning of December.

“We will not rest until we have resettled the people in appropriate places, but one of the key things includes urging the people not to go back to where people have built on flood plains,” he said at the time.