Complaints to military ombudsman stream in over SANDF members

This follows videos which have been circulating of SANDF members 'abusing' people who allegedly contravened lockdown regulations. 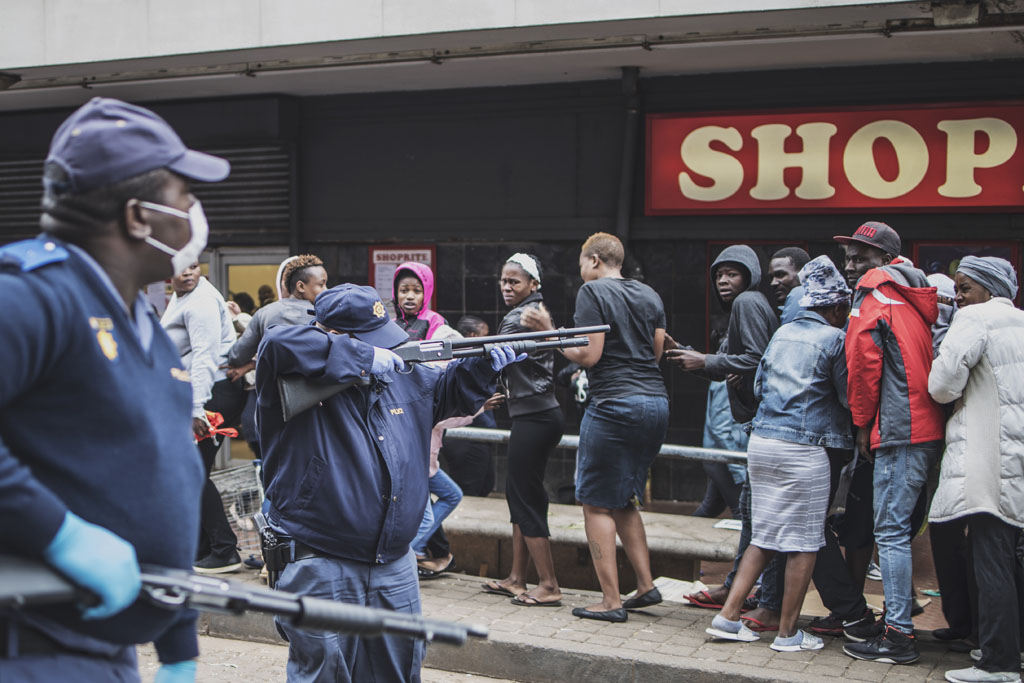 A South African policeman points his pump rifle to disperse a crowd of shoppers in Yeoville, Johannesburg, on March 28, 2020 while trying to enforce a safety distance outside a supermarket amid concern of the spread of COVID-19 coronavirus. South Africa came under a nationwide lockdown on March 27, 2020, joining other African countries imposing strict curfews and shutdowns in an attempt to halt the spread of the COVID-19 coronavirus across the continent. (Photo by MARCO LONGARI / AFP)

The Military Ombudsman Office has received complaints regarding the conduct of South African National Defence Force (SANDF) members for seemingly using a heavy-handed approach in enforcing the lockdown.

Spokesperson for the office, Nthombikayise Mdluli Jacha, said these complaints were received via their social media account and they have since sent the complainants the correct forms to fill out.

They had also received a request from the DA’s Kobus Marais to investigate the actions by SANDF, which Marais said were “a gross violation of the military’s mandate and the Bill of Rights”.

Marais was sent the correct complaint form to fill out, according to Jacha.

Some of the videos also purportedly show citizens forced to do sit-ups, squats and other forms of physical exercise.

“This behaviour is disgusting and the DA condemns it in the strongest terms,” Marais said.

Jacha explained that those wanting to file complaints can submit this via the complaint form and send it back via post, email, fax or Whatsapp.

“It takes us about 60 days to resolve a complaint. However, sometimes due to investigations that need to be done it takes us longer – this could be due to witnesses not available, etc,” Jacha said.