The number of deaths at the hands of police officers is equal to that of people who died from the coronavirus. 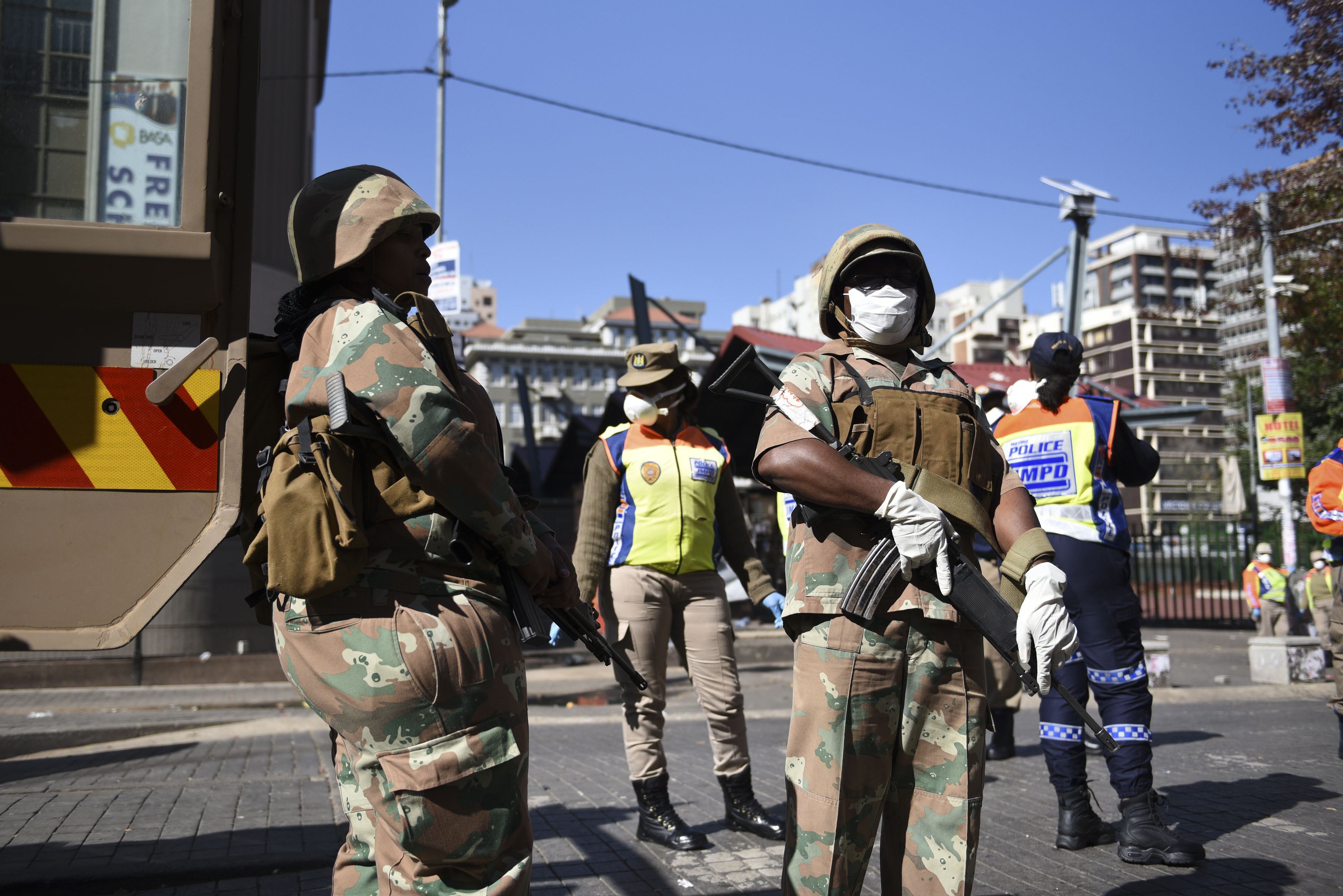 The SANDF are seen patrolling the streets, 27 March 2020, in Johannesurg, on day one of the 21 day national lockdown, following President Cyril Ramaphosa declaration of a National Disaster as a result of Covid-19 Coronavirus. Picture: Michel Bega

Since South Africa was placed under lockdown four days ago, police officers are facing three counts of murder and other serious charges as a result of their alleged use of excessive force.

The number of deaths at the hands of police officers is equal to that of people who died from the coronavirus.

Currently, the Independent Police Investigative Directorate (IPID) is investigating three cases of murder, among others, against police officers in Gauteng and the Western Cape.

IPID spokesperson Sontaga Seisa said they were investigating two cases of murder in the Western Cape and one in Gauteng.

Seisa added the three victims died as a result of police action.

In the Western Cape, the IPID has also opened a rape case against an officer.

“Since the inception of the Covid-19 lockdown, the IPID has taken a proactive approach and ensured that its services continue to be rendered to all the deserving citizens of South Africa while the country is fighting the dangerous coronavirus,” said Seisa.

He added it had no mandate to investigate members of the SA National Defence Force.

Seisa said by Monday morning, it had received 21 complaints against police officers.

Apart from a murder case registered in Gauteng, the IPID is also investigating six cases of discharging of firearms, three of assault and one of corruption in the province.

Seisa said they have also opened two cases of assault against a police officer in the Free State, one in KwaZulu-Natal and another in Mpumalanga.

Another Mpumalanga officer is also facing a charge of corruption.

In the Eastern Cape, the IPID is investigating a case of discharging of a police firearm as well as in Mpumalanga.

“During this period, the IPID has received a significant number of calls which were outside its mandate,” said Seisa.