The homeless were still on the streets despite Lesufi announcing he had identified facilities to be used as temporary shelters. Kempton Police patrolling the streets where several residents were seen not complying with lockdown regulations.

At least 14 people were arrested on Tuesday for contravening lockdown rules during a joint operation between the Kempton Park SAPS and metro police.

The operation kicked off around 9am in Kempton Park CBD and surrounding areas, reports Kempton Express. Police out in full force in the central business district.

Kemptonians were seen standing in long queues very close to each other outside various stores, waiting for their turn to either stock up or restock their cupboards.

Many homeless people were still on the streets despite acting Gauteng social development MEC Panyaza Lesufi announcing they had identified facilities which would be used as temporary shelters.

Capt Jethro Mtshali, spokesperson for Kempton Park SAPS, said they were patrolling the streets in the CBD to track down residents who violated lockdown regulations.

“We want to ensure residents adhere to the lockdown principles. We deployed police to patrol the streets in the CBD because we don’t want to see residents with no reason for being in town, just loitering.” 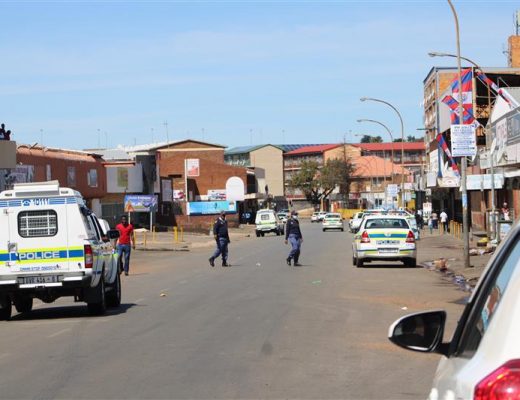 Fewer South Africans fully protected than first thought, due to J&J vaccine
21 hours ago
21 hours ago

Fewer South Africans fully protected than first thought, due to J&J vaccine
21 hours ago
21 hours ago