Nonkonyana, as chair of the house of traditional leaders, was placed on suspension pending the outcome of an investigation into the allegations. 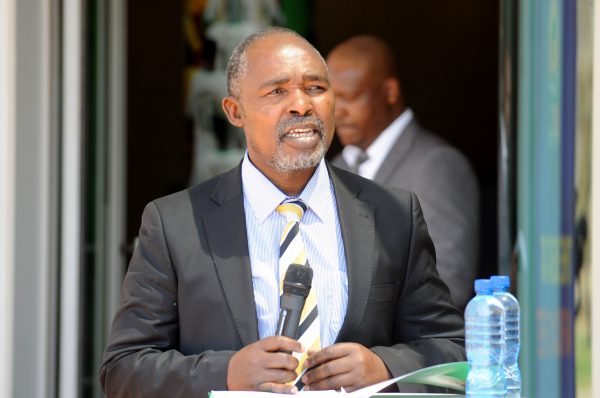 Eastern Cape’s chairperson of the house of traditional leaders, Chief Mwelo Nonkonyana, has been placed on precautionary suspension for allegedly contravening lockdown regulations, the premier’s office said on Thursday afternoon.

Nonkonyana’s suspension will remain in force pending the outcome of an investigation into the allegations.

“The suspension will remain in force, pending the outcome of the investigation on the allegations. The executive (Exco) of the house was consulted about the MEC’s decision and they expressed their objections to it,” the provincial Cogta office said.

Nqatha added that the decision was taken in the interest of Nonkonyana himself, the provincial house and the entire Eastern Cape government.

“I am of the firm view it is important that, as leadership, we speak with one voice and avoid contradictory statements as we battle the Covid-19 pandemic,” he said.

No further details were available.

News24 tried to reach out to Chief Nonkonyana on Thursday, but his cellphone went to voicemail.

Nqatha told News24 that at least seven cases of municipal leaders allegedly contravening lockdown regulations had been brought to his attention.

He said he had directed the speakers of each municipality to lead investigations against councillors found to have flouted regulations.

Earlier, Daily Dispatch reported that, in the OR Tambo district municipality, water tankers meant for drought-stricken communities were kept at the home of a councillor.

In response, Nqatha told News24 he was aware of the situation and had directed the speaker of the municipality to investigate and take action.