Ramaphosa said the risk-adjusted approach was necessary because an abrupt and sudden lifting of the lockdown could result in an explosion of Covid-19 cases. 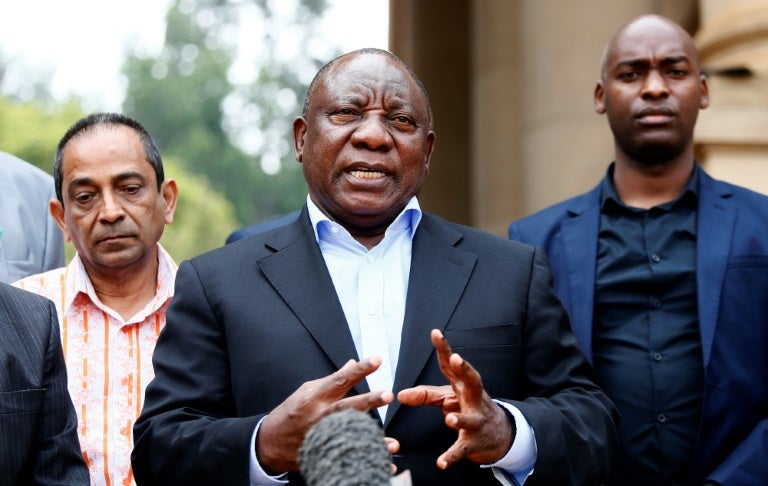 President Cyril Ramaphosa has announced that as of 1 May, some measures of the nationwide lockdown implemented in March will be eased.

The easing of restrictions will focus on reviving economic activity, and Ramaphosa said on Thursday stringent public health and safety measures would remain in place for those sectors identified to resume some business activities.

For the public at large, and for those with underlying conditions, lockdown regulations would still apply if they did not work in a sector that would be allowed to partially reopen.

A strategy has been developed whereby the country, provinces, districts and metros will be classified on a five-level risk scale – one being low risk to five being the highest risk level – which will determine the restrictions in place at any given time. South Africa would move to Level 4 as of 1 May.

“This approach is guided by the advice from scientists who have advised that an abrupt and uncontrolled lifting of restrictions could cause a massive resurgence in infections,” Ramaphosa said.

The international travel ban implemented on 15 March would remain in place, and travel between provinces would still be restricted other than for the transportation of essential goods, or funerals.

“Public transport will continue to operate, with limitations on the number of passengers and stringent hygiene requirements, including that all passengers must wear a face mask.

“The public is encouraged to stay at home, other than for essential personal movement, doing essential work and work in sectors that are under controlled opening. People can exercise under strict public health conditions,” Ramaphosa said.

3. Cigarettes back on the shelves

After weeks of intense lobbying and threats of court action from tobacco companies, cigarettes will again be sold in stores.

The categories of goods allowed to be sold at stores will be expanded to include more items, which will be communicated in the coming week.

Ramaphosa confirmed he had deployed over 70 000 defence force personnel, in addition to those already deployed.

“Until now, those defence force members who have been deployed have supported the South African Police Service in their responsibilities. They will continue to do so, but they will also be providing assistance in other essential areas, such as the provision of water supply, infrastructure maintenance and health services,” he said.

Economic activity will be allowed to resume to a certain degree and will be based on analysis of risk levels in each separate sector.

Sector bodies would be asked in the coming week to provide input, which will shape the sectors identified and the restrictions that will be placed on them.

Ramaphosa said strict health and safety measures would be implemented and enforced, while the government would encourage continued work-from-home strategies for staff who could do so.

“We have undertaken a detailed exercise to classify the different parts of the economy according to the risk of transmission in that sector, the expected impact of the lockdown, the economic contribution of the sector and the effect on livelihoods. The relevant ministers will provide a detailed briefing on the classification of industries and how each is affected at each level,” he added.

6. Some exercise will be allowed

People would be allowed out of their homes to exercise under specific circumstances and provided they took the necessary safety precautions.

Ramaphosa said the risk-adjusted approach was necessary because an abrupt and sudden lifting of the lockdown could result in an explosion of Covid-19 cases – because it was likely the number of cases far exceeded confirmed and reported numbers.

“We have decided on this approach because there is still much that is unknown about the rate and manner of the spread of the virus within our population. The action we take now must therefore be measured and incremental.

“We have to balance the need to resume economic activity with the imperative to contain the virus and save lives. To achieve this, we have developed an approach that determines the measures we should have in place based on the direction of the pandemic in our country,” he added.

“It is important to note that several restrictions will remain in place regardless of the level of alert for as long as the risk of transmission is present,” Ramaphosa said.

Bars and shebeens would remain closed as well as conference and convention centres, entertainment venues, cinemas and theatres, while concerts, sporting events, and religious, cultural and social gatherings would not be allowed until it was deemed safe for them to continue, he added.

“From the evidence we have, we know that 75% of confirmed coronavirus cases are found in just six metro municipalities – Johannesburg, Ekurhuleni, Cape Town, Buffalo City, Ethekwini and Mangaung.

“It is therefore essential that we do everything in our means to restrict the movement of people and – although it runs counter to our very nature – to reduce the contact that each of us has with each other,” Ramaphosa said.