The fund aims to assist up to 10 million people in vulnerable communities. 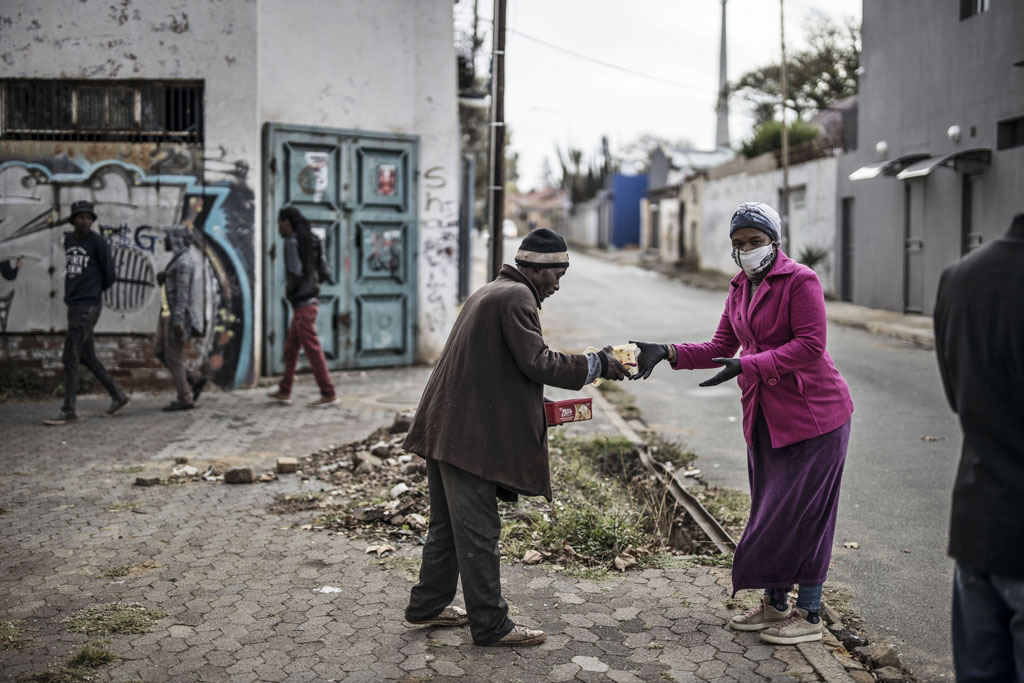 A volunteer for the grassroots charity, Hope for Vrededorp, reaches out to a man with a container of home-cooked food, at a daily food distribution in the impoverished district of Vrededorp in Johannesburg, on April 28, 2020. The group home cooks almost 100 meals everyday since the beginning of South Africa lockdown, and distribute them to the needy residents of the neighbourhood. (Photo by MARCO LONGARI / AFP)

The United Nations in South Africa has launched a R2.5 billion emergency appeal to assist up to 10 million people in vulnerable communities who face various risks caused by the Covid-19 pandemic in areas such as health, water and sanitation, food security and gender-based violence.

The appeal came a day before a level 4 lockdown took effect in the country, in terms of which some restrictions applicable under level 5 were relaxed.

But the movement of most South Africans is still largely restricted and many people are unable to return to work.

“These measures, along with the global economic shock caused by Covid-19, are generating increasing needs among South Africans requiring an urgent response,” the UN said in a statement.

The head of the UN in South Africa and resident coordinator, Nardos Bekele-Thomas, said that for more than three months, the UN family has worked closely with several partners, including the government, the Solidarity Fund, the business community, civil society and other community-based organisations, and has been delivering services to vulnerable communities.

“The United Nations is in full support of the government’s commitment to a whole-of-society and a whole-of-government approach,” she said.

Bekele-Thomas added that she was “encouraged by the president’s consistent message that post Covid-19 will usher in a different model of doing development, focusing more on inclusiveness, guided by the motto of leaving no one behind”.

“The appeal compliments the government of South Africa’s strategy which includes intensifying the public health response to slow down the rate of transmission and reducing infections,” Health Minister Zweli Mkhize said at the launch.