Cuban doctors deployed in North West get to work

As of Sunday, the province had 70 confirmed cases of the novel coronavirus, with 28 recoveries and one death. 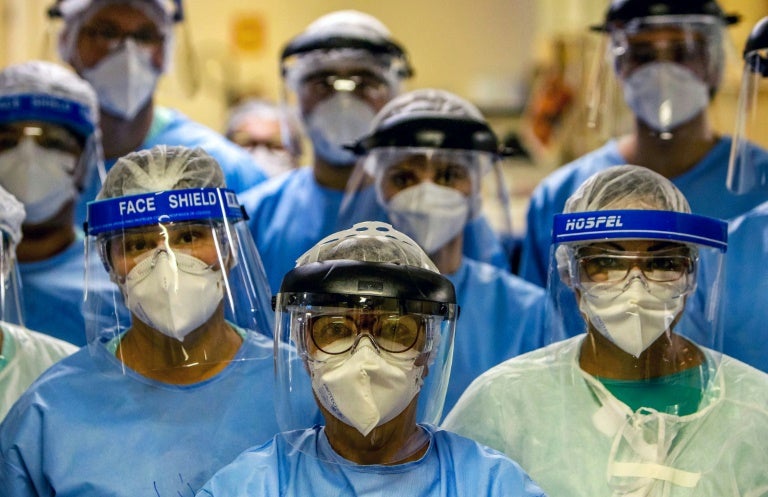 A group of doctors. AFP/Silvio AVILA

Thirteen healthcare professionals from the Cuban medical brigade have been deployed in North West as it recorded 70 Covid-19 cases.

The North West department of health told News24 that the team will begin their work on Monday.

This came after the healthcare professionals completed a 14-day monitoring period following their arrival during the early hours of Freedom Day.

As of Sunday, 17 May, the province had 70 confirmed cases of the novel coronavirus, with 28 recoveries and one death.

The Bojanala district has the highest number of cases (40), comprising Rustenburg with 23 cases, Madibeng with 13, Moses Kotane with three and Moretele with one.

This is the only district that has recorded a death. It has also seen 20 recoveries.

The Dr Kenneth Kaunda district follows with 22 confirmed cases, that consists of nine cases in the JB Marks municipality and 13 in Matlosana.

The district has seen zero deaths and five recoveries.

The third district of Ngaka Modiri Molema (NMM) has five confirmed cases – four in Mahikeng and one in Ditsobotla. There have been two recoveries in this district.

Lastly, the Dr Ruth Segomotsi Mompati district has two confirmed cases in Lekwa Teemane, with one recovery and no deaths.

In addition, a total of 979 contacts of the 70 confirmed cases in North West were identified and 910 (93%) were successfully traced.

“The North West province contributes 0.5% of South Africa’s burden of disease. We thank our tracing teams, nurses, doctors, paramedics and all healthcare workers who continue to serve with pride during these difficult times,” the province’s department of health said in its daily update statement.

According to the department, the 13 members of the Cuban medical brigade would be spread across the province in the following manner: