'You don't want to criminalise the country.' 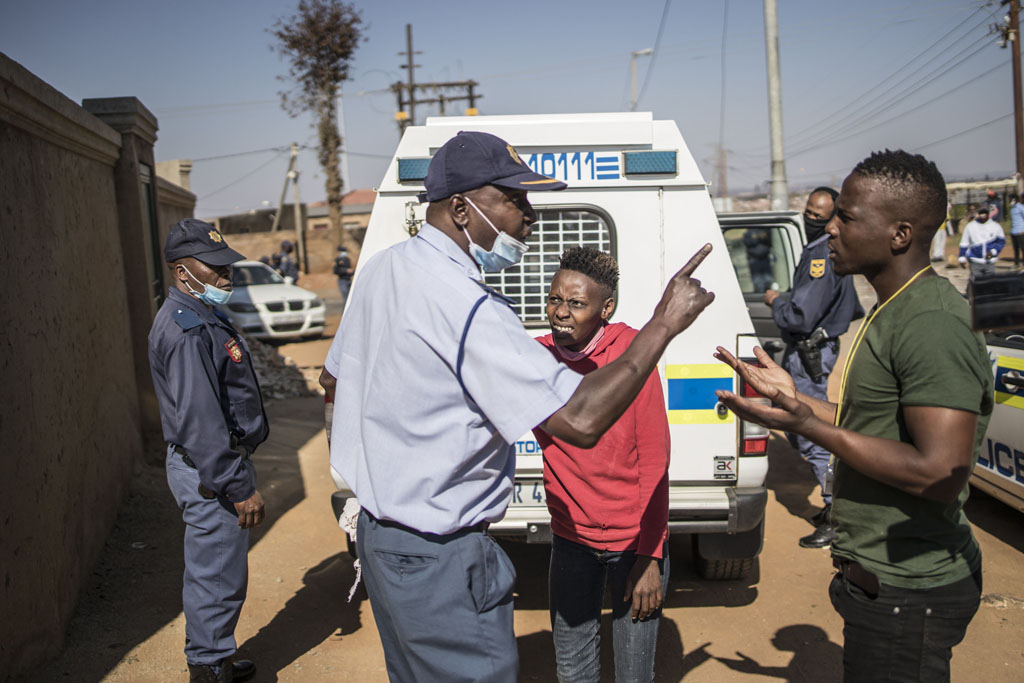 Picture for illustration. A South African Police Service officer gestures on May 13, 2020 at a man pleading for the release of a protester detained for breaching the lockdown regulations as she joined residents of Snake Park in Soweto at a demonstration against the electricity cuts. (Photo by MARCO LONGARI / AFP)

The National Prosecuting Authority has declined to prosecute about 25% of lockdown offences.

Acting Deputy National Director of Public Prosecutions Rodney de Kock told the Portfolio Committee on Justice and Correctional Services on Friday that 25% of the dockets of lockdown offences were not enrolled.

He said this means prosecutors are fair in their evaluation of the cases.

“They are dealing with these matters subject to the Constitution and the law and that will be our approach,” he said.

“You don’t want to criminalise the country.”

He said in the majority of the offences, members of the public were given notices to appear in court at a later date.

While the NPA and Department of Justice had its virtual meeting, Police Minister Bheki Cele said at a press briefing that almost 230 000 people had been charged with contraventions of lockdown regulations.

“Provinces with the highest number of arrests for contravention of the lockdown regulations almost mirror the provincial infection rates, with the Western Cape in the lead, followed by Eastern Cape, Kwa-Zulu Natal and Gauteng,” read Cele’s statement.

“Accordingly, the arrested persons were either issued with fines or released with a warning, while some are out on bail, and those cases relating to more serious offences are before the respective courts in the country.”