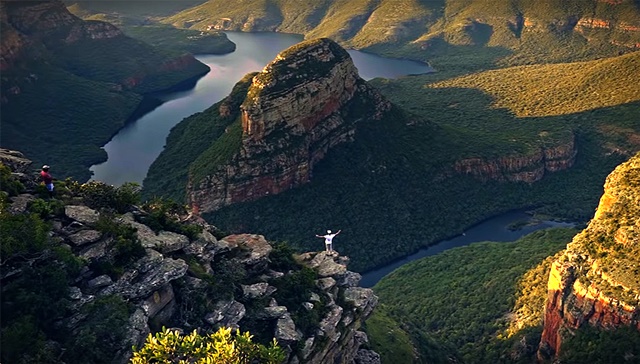 Stakeholders in the South African tourism industry have told President Cyril Ramaphosa the industry could lose up to 600 000 jobs by September, if Covid-19 lockdown regulations continue to prevent it from operating.

On Friday, Ramaphosa held a virtual meeting with the sector as part of his ongoing engagements with numerous stakeholders ahead of his address to the nation on Sunday evening.

Over the past week, the president met with the National Economic Development and Labour Council (Nedlac), opposition parties in the National Assembly, religious and traditional leaders.

Tourism Minister Mmamoloko Kubayi-Ngubane told News24 that many in the sector were struggling, with those in the informal sector, such as tour guides, being left in distress by the pandemic and the lockdown.

The country’s borders were shut in March, after Ramaphosa announced a national lockdown. This was part of government’s efforts to combat the spread of the deadly coronavirus.

This meant a ban on both international and domestic travel, along with the closure of hotels, schools, parks and recreational areas.

The lockdown also prohibits gatherings of large groups of people.

Kubayi-Ngubane said the industry anticipated the loss of 500 000 to 600 000 jobs if it remained shut until September.

“A lot of the informal sectors aren’t covered and are seriously in distress and won’t get part of the relief fund and won’t get UIF (Unemployment Insurance Fund). It’s difficult because we want to help everyone, we want to support everyone but the money that we have is too little,” she told News24.

The tourism department instituted a R200 million relief fund, which would be handed out as once-off R50 000 grants to help businesses survive as the country prepares to be open up more sectors of the economy.

Kubayi-Ngubane acknowledged the money simply was not enough, and government couldn’t help everyone. She encouraged some big businesses in the industry to help their smaller counterparts and share some business once the industry was back in full swing.

The meeting was also attended by Finance Minister Tito Mboweni and Minerals and Energy Minister Gwede Mantashe, who she said committed to support her portfolio in aiding the industry to find its feet.

The minister said when it came to the adjustment budget, set to be delivered by Mboweni in June, it made no sense for her to demand more money when it was needed for more pressing issues.

“We have to be practical, all of us as colleagues in Cabinet. If we asked for money to do marketing while there is no money for PPEs (personal protective equipment), can we justify this in the public domain?” she said.

“When Mboweni says I need more money for fighting the battle, for health, you can’t ask for money to do marketing, it becomes illogical,” she continued.

The tourism minister said numerous reports were presented to the president and he in turn tasked her and other government leaders “working around the clock” for ways to address outstanding challenges.

“He said we needed to look at our employees as a sector. In mining, they are able to isolate cases, screen, test and then isolate affected people. The president said considerations were needed on how employees who got affected would be assisted,” she explained.

While the minister did not give details of how Level 3 of the Covid-19 lockdown would affect her industry, it’s understood hotels and other tourism facilities would remain closed.

Kubayi-Ngubane said the tourism sector was people and interaction based, which made many uncomfortable about how it would function during the Covid-19 pandemic.

But, she said, this was precisely what the protocols would be addressing.

“The protocols we are working on is to give comfort to people so we can operate,” she said.

Some of the stakeholders also pitched for interprovincial travel and self-catering accommodation to be included on Level 3 of the lockdown.