On Monday, Mkhize and the media were both shown new hospitals - which have been transformed from an indoor sports centre, and a warehouse in a hi-tech business precinct. 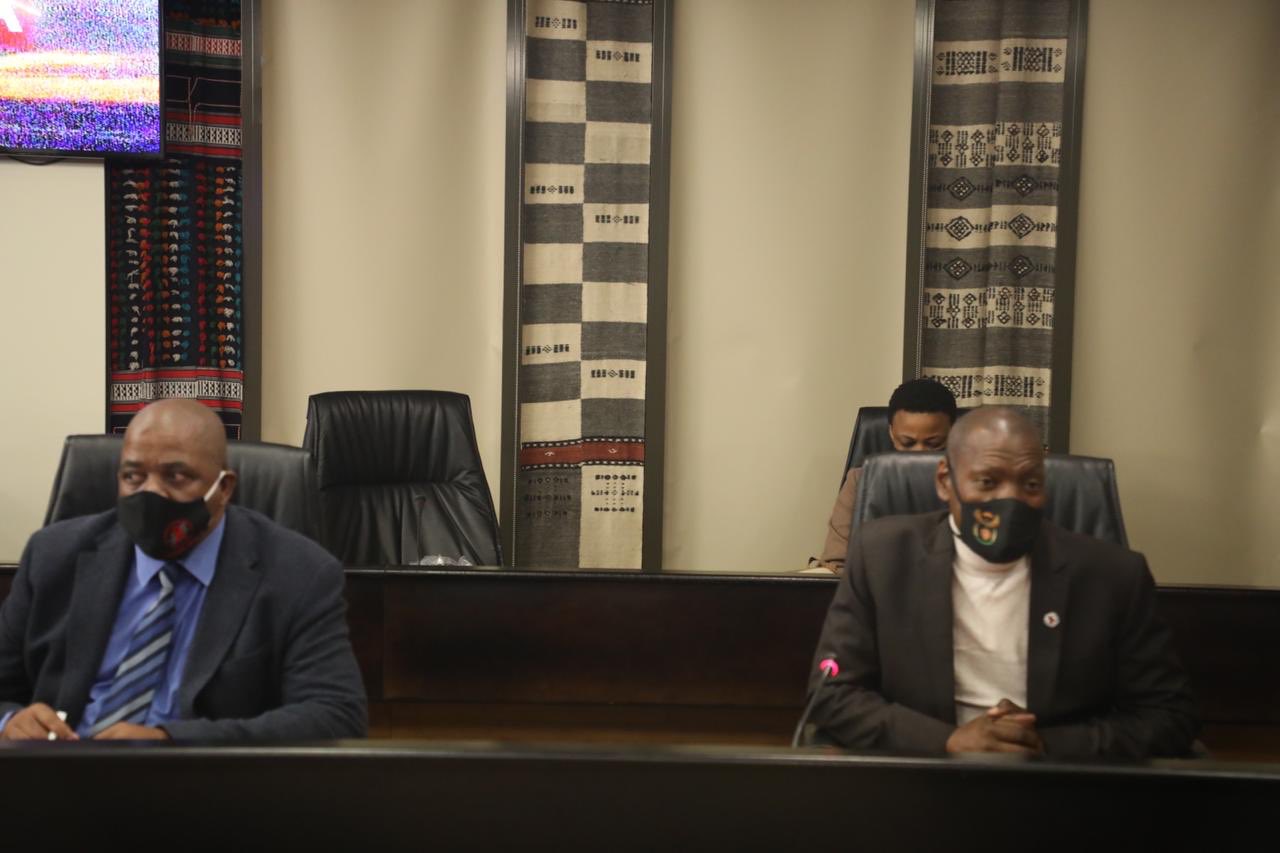 “The speed is incredible! And the technology!” – This was how national Health Minister Dr Zweli Mkhize described the whirlwind emergence of four high-tech hospitals in Cape Town built to prepare for the Covid-19 pandemic “surge”.

Prior to Monday, the public had seen the field hospitals in the Cape Town International Convention Centre, and a quarantine and isolation centre in an Old Mutual building, adjacent to the financial services giant’s head office in Pinelands.

The first was in Khayelitsha – at the City of Cape Town’s Thusong indoor sports and community centre.

There, the international medical NGO Médecins Sans Frontières, also known as Doctors Without Borders, has partnered with the Western Cape Government.

MSF’s Dr Eric Goemaere told Mkhize: “All the beds will be equipped with oxygen, or cylinders.”

And in addition to the respiratory equipment required to treat Covid-19, the medical team was acutely aware of prevalent potential co-morbidities.

“We are in Khayelitsha, and as we all know, there’s a lot of co-morbidity: TB, HIV, diabetes, and other risk factors. So we try to have an integrated approach.”

Goemaere said they had learned over decades, from treating HIV, that dealing with the illness did not start in hospital, but in communicating awareness with communities.

This was echoed by Mkhize, who said: “It is very encouraging. What is important is the proximity to the community. People are going to be nearby, they’ll be seen here, admitted, then they can go back home. That makes a big difference in terms of reducing anxiety on the families – not knowing where (their loved one) is.”

To Western Cape Health MEC, Dr Nomafrench Mbombo, he said: “It is encouraging to see we are ahead of the surge.”

“When we fight Covid-19, it’s government, it’s civil society, it’s professionals, it’s communities – everybody working together. For us to succeed in fighting Covid-19 you need the community to take up the fight. We are now backing the community up” – by providing the facility in the community’s midst, Mkhize explained.

“We are going to live with this infection for a long time. Therefore, we need to adjust to that.”

In a video produced by MSF, Goemaere said: “The hospital next door is getting rapidly overwhelmed by Covid patients.”

A doctor at the next-door Khayelitsha District Hospital, Trevor Mnguni, explained: “Without this initiative, that we have with MSF … it’ll be extremely difficult to manage these patients.”

The hospital will have space for 60 patients.

From Khayelitsha, Mkhize and his convoy next visited Brackengate – a business park in Brackenfell.

There, the Western Cape government has collaborated to convert a large, modern warehouse and distribution facility into a 300-bed hospital.

The media was not permitted access, but sights inside resembled the conversion to the CTICC – with partitions and a range of rooms being laid out within the cavernous interior.

Western Cape MEC for Transport and Public Works, Bonginkosi Madikazela, promised Mkhize all facilities would be ready, soon, to be shown to President Cyril Ramaphosa in person.