The eerie rows of 862 empty hospital beds – inspected by President Cyril Ramaphosa and Western Cape Premier Alan Winde on Friday last week – now have their first patients. This just four weeks after the radical transformation of the landmark tourism venue began – in a metamorphosis praised by the national government.

Winde announced on Monday: “A total of 10 patients will be admitted to the facility today. As the hospital is a new facility, additional beds will be activated in a phased manner until the entire hospital is fully operational.”

The venue – designed for the crucial “Meetings Incentives Conferencing and Exhibitions” tourism sector – is now the biggest Covid-19 field hospital in Africa, the province says.

Winde said: “The Convention Centre generously sponsored the rental of the site, allowing us to turn its four halls and the service yard into a four-ward facility, which will be staffed by over 900 people when all phases are operational.

“Patients who are in recovery but still require medical care will be treated at the hospital until they are well enough to go home. Healthcare facilities at the hospital include apparatus to administer oxygen, a digital X-ray machine, physiotherapy areas as well as an on-site pharmacy.

“The hospital will be a place of healing for many, and has for this reason been named The Hospital of Hope,” Winde said.

The team which pulled off the metamorphosis comprised 40 team members focusing on various areas, including infrastructure, engineering, IT, health technology and staffing. Over 100 people from the various contracting companies worked on the site.

In the past month, the hospital was built in four phases – planning and design, construction and commissioning, ward fitting and testing, and the “go live” phase, with phased activation of beds.

“We have also hung a rainbow themed artwork, drawn by children in the province, above every single bed in the facility to brighten up the space and as a symbol of hope for every patient,” Winde said.

“As we move towards the peak of Covid-19 infections in the province at the end of June or beginning of July, many people in the Western Cape will become ill. This facility will create a space for people to recover, while at the same time allowing others to receive care in our other acute hospital facilities.”

The Western Cape accounts for about two-thirds of all national Covid-19 cases in the country. As of Monday at 1pm, it had 32,048 total cases, of which 19,101 were recoveries. A total of 798 people have died in the province, according to the provincial statistics*.

*Note: Due to different reporting times, provincial statistics will differ from national statistics by a few cases on a given day. 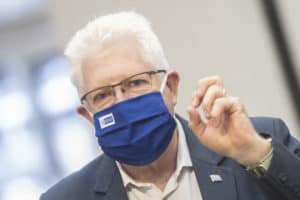 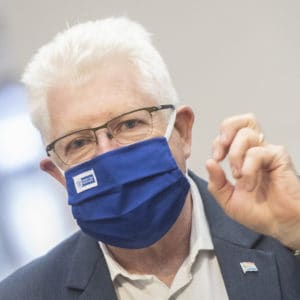