On the weekend, Humansdorp Hospital was closed after 35 health workers tested positive for Covid-19. 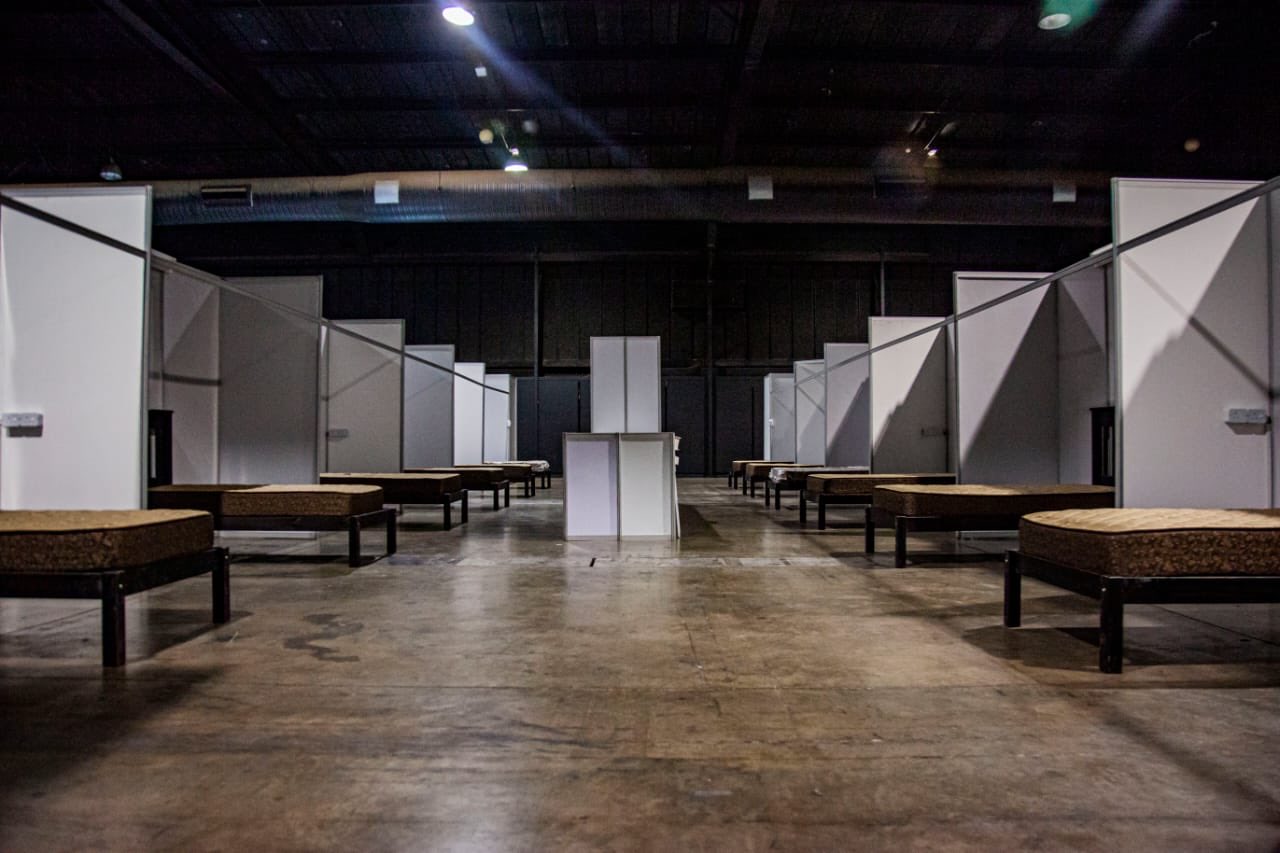 Picture for illustration. A ward of beds set up in one of Nasrec's exhibition halls. Picture: Gauteng health department.

The Eastern Cape provincial government is planning to build 4,000-bed field hospitals across the province in all the six district municipalities and two metropolitans.

This is expected to decrease the load on its overburdened 91 hospitals.

The announcement on Monday came ahead of Eastern Cape Premier Oscar Mabuyane on Tuesday opening phase one of the R107 million field hospital built by the Volkswagen Group South Africa (VWSA) in Port Elizabeth.

The facility, funded by the German government and VWSA, could accommodate up to 3,300 beds for patients once fully operational.

It was made possible through the injection of a R107 million donation from the German government. The VWSA donated their old Korsten plant to the health facility.

The event will be attended by Health Minister Zweli Mkhize.

This comes as the Eastern Cape health system is showing cracks of collapse, with more nurses crying out for help amid rising number of infections among staff at its strained hospitals.

On the weekend, Humansdorp Hospital was closed after 35 health workers tested positive for Covid-19.

Only the outpatient department was opened, while patients were being turned back or diverted to Kareedouw Hospital, 50km away.

Eastern Cape health spokesperson Sizwe Kupelo confirmed the hospital was closed, and that more staff members had gone into isolation.

He said the hospital was using the services of an agency to hire more nurses to replace those who have been isolated.

“Indeed, it has been closed and the 35 working force contracted the virus. The infected include those who work for a private cleaning company in the hospital. It was closed for deep cleaning and decontamination [which was] completed few days ago. Today, it may reopen and continue with operations.”

Eastern Cape government spokesperson Mvusiwekhaya Sicwetsha said the province has also invested R222 million for the refurbishment and construction of healthcare facilities beyond the Covid-19 pandemic. The investment was to ready the healthcare infrastructure for the National Health Insurance (NHI) programme.

“Government will closely monitor and account on progress for each health facility being renovated, consolidate a provincial plan for funded sustainable bulk water and sanitation infrastructure, and finalise the provincial climate change response,” said Sicwetsha.

The bed hospitals are not a new idea as the Nelson Mandela Stadium currently has 200 beds. The 42,000-seat stadium, built for the 2010 World Cup at a cost of R2 billion, was turned into a Covid-19 isolation facility this year, in a joint operation between the provincial Department of Health, Nelson Mandela Bay municipality and the stadium.

“We expect an explosion of the numbers because currently there is more than 10,000 confirmed cases in the province and a backlog of 15,000 tests results in the province, meaning that the statistics we have at the moment are not the true reflection of the situation.”