'We have noted with concern the number of infections that have been reported after people have attended gatherings such as ceremonies and funerals,' the KZN premier said. 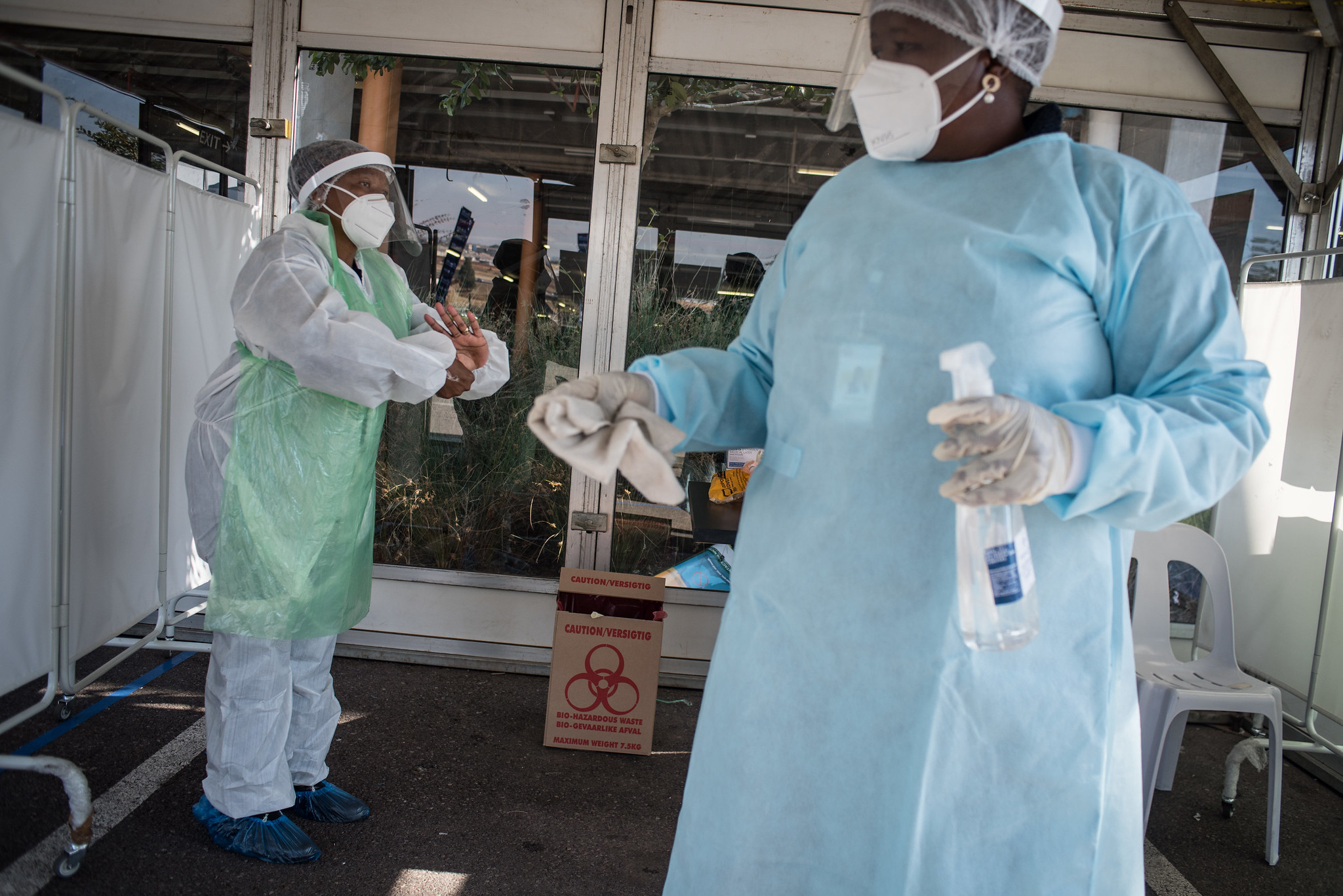 Picture for illustration. Health workers can be seen at a Covid-19 testing centre at the Forest Hill Mall in Centurion, 9 June 2020, Pretoria. Picture: Jacques Nelles

At least 25 people who attended a wedding in KwaZulu-Natal last week have tested positive for Covid-19, with some of them now occupying hospital beds, Premier Sihle Zikalala has said.

“In the past week, we have been made aware that a sizeable group was reported to have attended a wedding last weekend. In the end, a number of people from the wedding fell sick, and 25 from the group who attended a wedding tested positive. Today, some of them are occupying Covid-19 beds in the healthcare facilities,” Zikalala revealed on Sunday afternoon.

“Over the last seven days, we have noted with concern the number of infections that have been reported after people have attended gatherings such as ceremonies and funerals. In most of these engagements, measures like social distancing and wearing of masks have been disregarded,” Zikalala said.

Zikalala urged the people of KZN to understand the nature of the virus and why government and other stakeholders were lamenting the need for social distancing and an end to gatherings.

“We want to plead with all of our fellow citizens, to know that Covid-19 spreads faster with gatherings. No one is immune…”

He said regulations had to be adhered to as infections were spreading exponentially countrywide and in KZN.

“We plead with everyone to adhere to the regulations. If we stay safe today, we can be safe and together tomorrow.”

Zikalala said people would have a chance to gather in the future but had to bite the bullet now.

“It (social gatherings) has always been there. It will be there in future, when Covid-19 is no longer a problem. But, if we disregard precautions we may compromise our lives and those we love.”

Ramaphosa sternly called out South Africans in his Sunday evening address to the country after three weeks missing in action.

His speech focused on the mandatory wearing of masks in public buildings, shops and taxis.

His biggest announcement was the ban on alcohol. He blamed irresponsible revellers who he said compounded the capacity of hospitals that were already dealing with an influx of Covid-19 cases.

The president had last addressed the nation last month when he announced a readjusted alert level 3, which saw the sale of alcohol being reintroduced.