'The beds are full there. They can no longer admit patients,' says MEC Ramathuba. 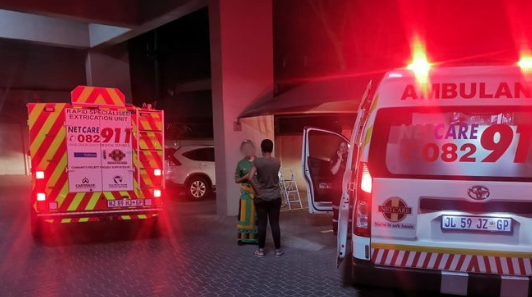 Private hospitals are feeling the heat as the number of coronavirus cases surge in the Limpopo province.

A video of ambulances queueing at the Netcare Pholoso hospital has emerged but it is unclear what the ambulances were queueing for.

On Thursday, health MEC in the province, Dr Phophi Ramathuba, intervened and visited the facility to monitor and seek a way forward.

“It is not a secret that the private sector is experiencing strain currently,” she said.

ALSO READ: Limpopo MEC slams accusations of a bed shortage in the province

“The beds are full there, they can no longer admit patients. We are here to help them with extra beds and to transfer other patients to our facilities,” Ramathuba said of the facility.

She denied allegations of strains in public sector healthcare facilities, saying they had planned for this time as far back as May last year.

Covid-19 treatments: What works, what might and what doesn't
4 hours ago
4 hours ago

Covid-19 treatments: What works, what might and what doesn't
4 hours ago
4 hours ago