Hospital admissions are declining in most districts across the province at the moment, but the health sector has warned that complacency could alter these numbers quickly. 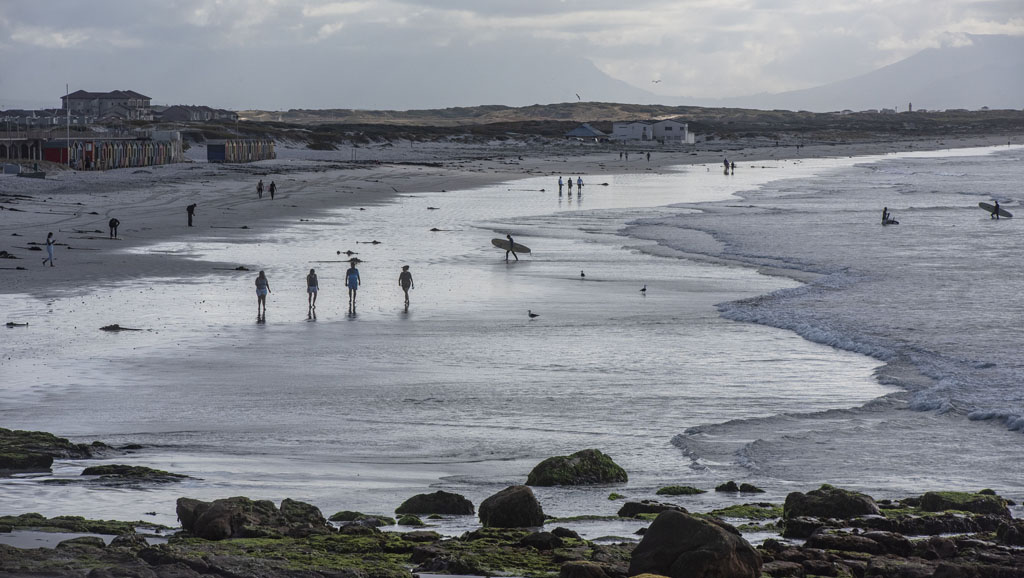 During a virtual meeting attended by Western Cape Premier Alan Winde, Western Cape health MEC Nomafrench Mbombo, head of health Dr Keith Cloete and the province’s director-general Harry Malila, it was tentatively confirmed that the province had entered the peak of the second wave of Covid-19 infections.

Early signs of stabilisation had been observed, with many districts, such as the Garden Route, seemingly beginning to combat the amount of hospitalisations and new cases.

However, the province’s biggest concern remained non-adherence to protective behaviours.

Winde emphasised that despite signs of a plateau, when people hear that a wave is peaking, they tend to relax.

He reminded residents that hospitals were still full, and healthcare systems and workers were still severely under pressure.

For at least the next six months, residents must work hard to change their behaviour and ensure compliance with non-medical protective interventions.

On average, the Western Cape’s public and private healthcare sectors consume 73 tons of oxygen every day.

To put this into context, before the Covid-19 pandemic, an average of 12.2 tons of oxygen was used every day.

The public sector consumes 69% of this, with 31% being used by the private sector, in addition to their own consultations with oxygen providers.

The 73-ton average is above the maximum production capacity of the Afrox plant in the province, however, which means additional units are being brought into the province daily.

The province has five bulk oxygen tankers allocated for delivery each day to individual hospitals, and said it would monitor the use of oxygen carefully over the next few weeks.

There are currently 7693 operational public sector beds for acute Covid-19 patients. However, this number differs as case surges increase and decline across districts.

There is also the potential of adding 136 intermediate care beds.

There are currently 3323 hospitalised Covid-19 patients – 1889 in public hospitals and 1434 in private facilities.

Hospital admissions are declining in most districts across the province at the moment, but the health sector warned that complacency could alter these numbers quickly.

A number of “drainage” area hospitals, which accommodate patent overflows, are starting to stabilise.

At the moment, 35% of available acute general hospital capacity is made up by Covid-19 patients.

To ensure that each patient is attended to, temporary tents have also been set up in the Khayelitsha, Wesfleur, Mitchell’s Plain, Eerste River, Helderberg, Karl Bremmer and Brackengate hospitals.

Cloete explained that these tents were used for discharges, to ensure a more rapid turnaround time for operational beds.

To cope with the amount of bodies going through mortuaries and undertakers, a mass fatality plan – in addition to support from the Department of Home Affairs and a task team – was engaged to resolve all storage capacity-related issues.

As of 6 January, 1547 mortuary shelves were occupied, and 1143 were available. There is currently capacity of 2690 shelves.

Each district also has a strategy to ensure that they do not run out of space, a plan bolstered by commissioning the Tygerberg Mass Fatality Centre.

Much is still unknown about how many vaccine vials will be received by the Western Cape, and when front-line workers in the province can expect to be immunised.

Cloete did explain that there were various processes involved in capturing data and keeping up with how many people were immunised, which was essential in keeping count of when the country could expect to reach population immunity.

He explained that there would be pre-registration and accreditation for both the facilities where vaccines would be administered, as well as the vaccinators themselves.

Winde said politicians may have to get the vaccines first to show citizens that it was safe and recommended.

There would then be registration of vaccine receivers, which would act like a type of “voter’s roll”. The Independent Electoral Commission (IEC) is assisting the country in constructing this.

After this, there is an appointment process where the country’s phased approach of administering the injection will take place.

After this, there is vaccine administration, consensually, receiving the first and second doses if it is a two-dose vaccine, and the issuing of a proof of vaccination.

Cloete said all efforts would be made to capture all data electronically, adding that there would also be contingency plans in place to prevent any delays.

He did say he disagreed with beaches being closed, saying the ocean’s economy was  suffering from the devastating financial effects. He pointed out that swimming and surfing instructors had no form of income in the height of their season, as well as restaurants and hospitality facilities that needed beaches to eke out a living.

Winde also expressed concern over the wine industry, which is currently in its peak harvest time.

He said there would be serious financial implications when old harvests, still sitting in vats that have not been bottled or sold due to the continual bans, have to be dumped.

And when liquor stores do open, he warned that prices would likely decrease due to oversupply, which could have an impact on the amount consumed.

Winde also called for a differentiated approach to lockdown, saying not all provinces needed to be in the same harsh lockdown, and that this could be an opportunity to continue supporting small, local economies.

He said a “blanket lockdown” was something the country and economy could not afford, and suggested short-term interventions be implemented that harm the economy as minimally as possible, while slowing the spread of Covid-19.