213 new deaths have been reported, and the country's recovery rate is at 89%. 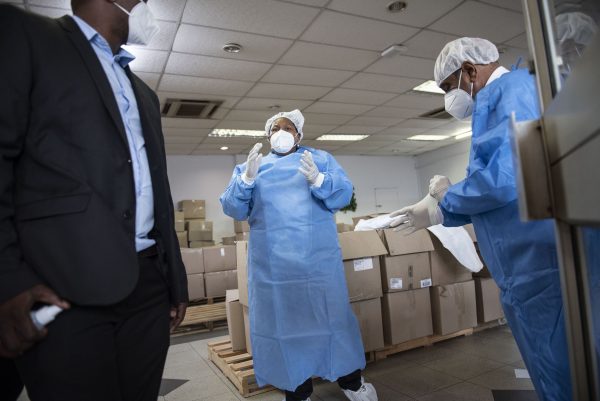 Gauteng MEC for Health Dr Nomathemba Mokgethi prepares to enter a Covid-19 ward, 25 January 2021, during a visit to the Nasrec Field Hospital. The Nasrec Field Hospital will be able to cope with the surge of Covid-19-infected patients as hospitals have been burdened with the number of admissions during the second wave. Picture: Michel Bega

There have been 4,525 new reported cases, the health department said.

Gauteng still leads the pack in terms of total provincial infections to date, which currently stand at 388,620, or 26.7% of the total.

The least amount of cases are still in the Northern Cape, with 31,010, just 2.2% of the country’s total infections. 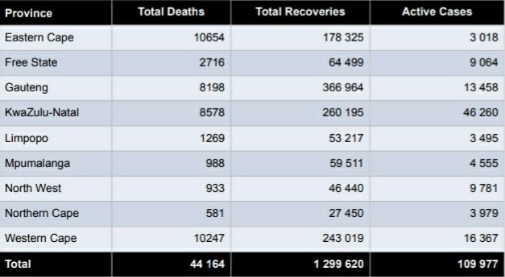 Of these, 58% of the tests took place in the public sector.

213 deaths have been reported. 95 took place in the Eastern Cape, 58 in Gauteng, 23 in KwaZulu-Natal, 17 in Mpumalanga, four in the Northern Cape and eight in the Western Cape.

This brings the countries total death toll to 44,164.