SA vaccine campaign calls on top US scientist, Anthony Fauci, and others to strengthen vaccine access

In the letter, Archbishop Thabo Makgoba asked top US scientist, Dr Anthony Fauci to intervene in what seems like a "deliberate decision to not allow production scale up tp what the global pandemic requires." 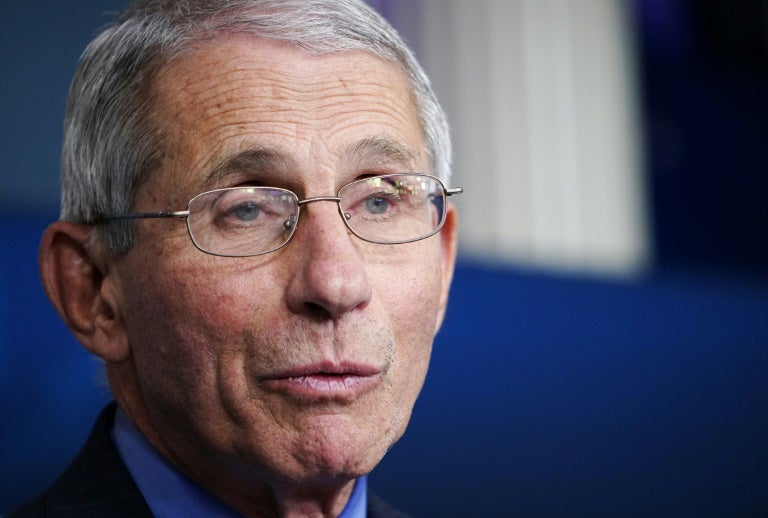 South Africa’s Peoples’ Vaccine Campaign has called on top US scientist, Dr Anthony Fauci, and other high-level US experts to take action against US-based pharmaceutical companies to ensure equitable access to a vaccine in South Africa and globally.

This was detailed in a letter dated 30 January and signed by Archbishop Dr Thabo Makgoba of the Cape Town Anglican Church, on behalf of the campaign.

The campaign is endorsed by over 500 organisations and individuals and “focuses on mobilisation around equitable vaccine access and allocation”.

The campaign has called on the experts to persuade the US government, which supports the accelerated research of promising vaccine candidates through Operation Warp Speed, to scale up production and to invest and facilitate vaccine technology transfer.

According to the campaign, this would enable countries like South Africa to access enough vaccines to inoculate its people against Covid-19 timeously.

“While the United States and many countries in the Global North are beginning to attempt to bring their epidemics under control through also the deployment of highly effective mRNA vaccines, our country, like most others in the Global South, currently has little access to Covid-19 vaccines,” the letter stated.

Globally, manufacturers are not able to produce enough vaccines to meet the world’s demands, putting middle-income and poorer countries at risk of not securing vaccines in time.

The letter is an attempt to get the experts to intervene in a “seemingly deliberate decision to not allow production scale up to what the global pandemic requires”.

“South Africa is going to receive a fraction of the vaccines it needs to bring the pandemic under control in the next month. Over the next few months, expected deliveries will not be enough to vaccinate everyone who needs a vaccine, which will tear asunder the targets the government has announced, demoralising front line workers,” the campaign said.

In particular, the campaign said the US government could ensure more regions of the world had access to the NIH-Moderna vaccine, which the government co-owns and co-produces.

“The US government helped research and pay for the development of the NIH-Moderna vaccine, yet, as things stand, the company Moderna has unilaterally decided that very few nations will benefit from it. And Moderna’s own limited production ability and capacity to serve the world poses a global risk,” the letter said.

It added that the US government needed to prioritise increased production of vaccines and ensure Moderna shares its technology and vaccine “know-how” (or recipe) with the world during the pandemic.

It added that Moderna and other pharmaceutical companies must commit to low profit prices for everyone, submit clinical dossiers for regulatory approval of vaccines in South Africa and other countries, and issue licenses to enable others to assist in scaling up production.

“The world now faces the very real possibility of not achieving global population immunity any time soon – with a situation where more variants and strains will continue to emerge,” the letter read.

“It is clear we have no time to waste, as we understand that the longer it takes to vaccinate the entire world, the harder it will become to contain the virus. We are not alone in raising the alarm about this possibility and the ‘moral catastrophe’ this represents.

“And while we acknowledge that there is insufficient manufacturing capacity, right now, in the world, a combination of investment in immediate capacity, scale up (centralised) capacity and a concerted effort to facilitate technology transfer could help rapidly solve this problem,” it added.

The coalition implored the experts to ensure that Moderna and other companies supported by the US government “abide by its obligations” in fighting Covid-19.

“Your actions will undoubtedly help to save millions of lives in our country and elsewhere in the global south,” it added.