Sunday Covid-19 cases 11 215 are lower than Saturday 14 701, meaning the seven-day moving average, the daily number of cases has decreased. 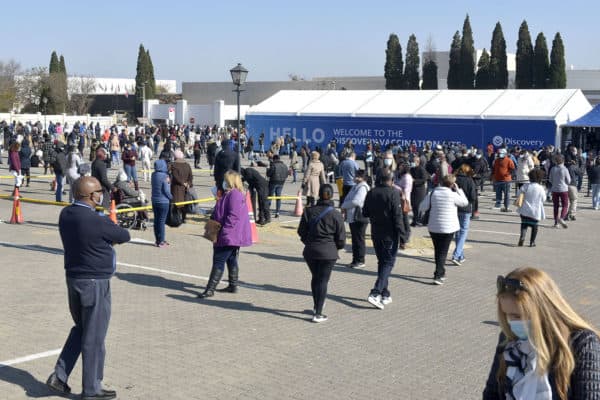 As of Sunday, South Africa has recorded 11 215 new cases recorded since the last report, the National Institute for Communicable Diseases (NICD), a division of the National Health Laboratory Service, has announced.

The positivity rate now stands at 29.3 per cent.

Sunday Covid-19 cases 11 215 are lower than Saturday 14 701, meaning the seven-day moving average, the daily number of cases has decreased.

They are from “the same country and the same sport”, a spokesman for the organising committee said on Sunday, without giving further details.

Johnson and his finance minister were contacted by the country’s health service app after being in contact with a positive case, a day after Health Minister Sajid Javid announced he had tested positive.

France has also extended its list of “red” countries to Tunisia, Mozambique, Cuba and Indonesia.

Dakar Dem Dikk said in a statement it had received “alarming information” but gave no further details.

The protesters have many grievances but the government’s slow procurement of vaccines has been among the most incendiary in recent weeks.

The WHO says up to three times more people have died directly or indirectly as a result of the pandemic than official figures suggest.