The minister said the decrease in new cases did not mean citizens should stop observing safety protocols. 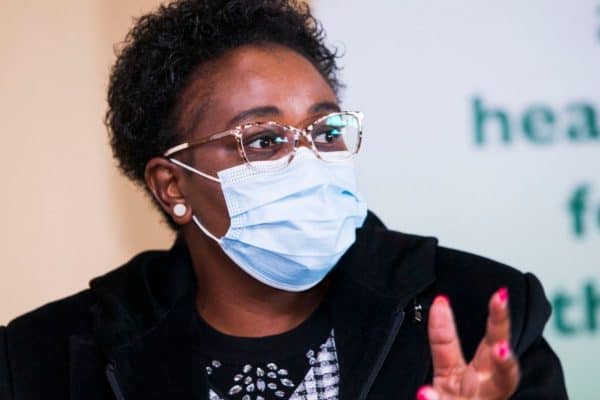 Briefing the media on Friday morning, on government’s national vaccination roll-out programme, Kubayi-Ngubane said the number of new coronavirus cases were on a downward trend nationally.

ALSO READ:  Vaccine hesitancy: Is avoiding the jab a gamble you should take?

But the minister cautioned that the decrease in new cases did not mean citizens should stop observing non-pharmaceutical Interventions in the fight against the pandemic.

“We’ve also seen a significant drop in numbers in Gauteng, which has been the epicentre of the third wave. Although the 4,988 new cases [recorded in Gauteng on Thursday] are still quite high, it is a significant drop from the provincial peak, which went as high as over 16,000 cases daily,” she said.

The Health Department announced that six million people had been vaccinated in SA, with 250,000 daily jabs being administered.

Kubayi-Ngubane also revealed that last week’s deadly unrest in KwaZulu-Natal and Gauteng had resulted in approximately 47,500 vaccines being destroyed due to the looting and violence in the wake of former president Jacob Zuma’s incarceration for contempt of court.

Kubayi said the riots affected the rollout of government’s inoculation drive, but several sites vaccination sites that were closed in parts of KZN and Gauteng had now reopened.

“The large majority of public vaccination sites were not damaged and this actually enabled us to resume vaccinations in KZN as quickly as you have seen with the numbers that we have started reporting,” she said.

“I need to indicate that the disruption that we saw is not only to the vaccination programme. We got reports that people who needed their chronic medication and those who need to visit hospitals and clinics regularly were unable to do so, which meant it put their lives at risk more.”

The death toll from last week’s unrest, which the government has called an insurrection, on Thursday increased to 337, with 79 deaths in Gauteng and 258 in KZN.

Government said police were probing 42 cases of murder in Gauteng and 171 in KZN.

Kubayi-Ngubane also raised concerns that the recent wave of violence could lead to the number of Covid-19 cases in Gauteng and KZN going up in the next few weeks.