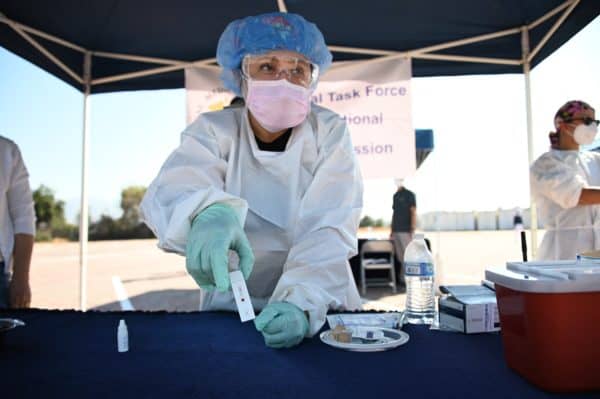 As part of its many interventions to manage the Covid-19 pandemic, the South African Medical Research Council (Samrc) will soon receive a donation of 100,000 Orient Gene Rapid Antibody Test Kits.

According to the SAMRC, the two parties signed a donation agreement at the end of June.

The consignment, valued at about R25 million, is expected to reach the country later this month.

“Earlier this year, AOM Group presented the SAMRC with a proposal to donate to them a consignment of 100,000 test kits, to assist with the pandemic response in South Africa – a gesture that was later accepted by the organisation’s board.”

The parastatal medical research organisation said the Orient Gene Rapid Antibody Test kit was the first test of its kind to be registered to be used locally by the SAHPRA in 2020 and has been used in various studies to date.

With South Africa sitting at more than 2.2 million accumulated cases, the SAMRC said there remains a critical need to fully understand the extent of the epidemic in the country, including prior exposure in asymptomatic individuals.

The organisation believes the donation will assist the country in ramping up its surveillance efforts.

President and CEO of the SAMRC, Professor Glenda Gray, has welcomed the donation and described it as in-kind support that will not only go a long way in boosting local epidemiological surveillance capacity but would also be an invaluable aid to some of the studies led and funded by the organisation.

“Epidemiological studies to uncover the numbers of people who have been infected by the virus remain crucial in the COVID-19 response and quality serological tests such as this one play an important role in these studies,” Gray said.

The SAMRC has been playing a central role in the South African response to the COVID-19 pandemic, facilitating dialogue and leading and supporting several major research studies.

According to AOM Group CEO and Founder, Dr Brett Lyndall Singh, a South African medical doctor currently based in China, said the contribution is a concrete example of the group’s aim of transforming life science on the continent through research and development.

The SAMRC said tests that are not used directly by the SAMRC or its projects could be offered to provincial Departments of Health to be used as they see fit within the limits of the SAHPRA license.

“The expiry date of the tests has been indicated as April 2022, which should provide sufficient time to ensure that they can be used.”

NOW READ: Companies could legally fire you for not vaccinating

SA unrest: SAHRC to probe causes and impact of violence, looting
10 mins ago
10 mins ago

SA unrest: SAHRC to probe causes and impact of violence, looting
10 mins ago
10 mins ago