Vaccine passports: The pros and cons of a digital Covid-19 record

The EU has its Digital Covid Certificate, the UK has its NHS Covid Pass and China has a Travel Health Certificate. What about South Africa? 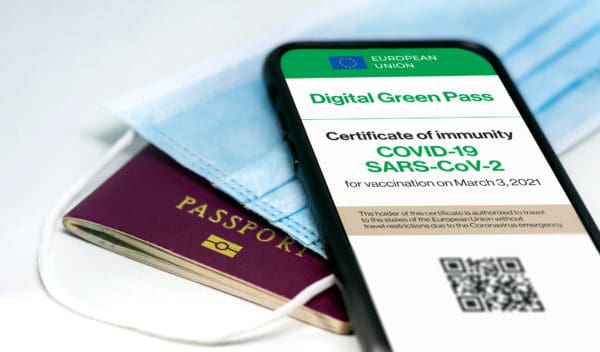 Deputy director-general of the National Health Insurance (NHI) at the Department of Health, Dr Nicholas Crisp, on Friday addressed the issue of Covid-19 vaccine passports.

The pros and cons

While vaccine passports would make it easier to identify people who have been vaccinated, especially during lockdowns, Crisp said the challenges outweighed the benefits.

On the other end of the discussion, vaccine passports could infringe on civil rights and could be used as a means of unfair discrimination against people who may not have access to the vaccination process.

However, Crisp said South Africa wanted to participate in the global space and were “doing what other countries are doing, which is to explain what our vaccination records look how and we keep track of vaccinations”.

Despite it being a “complicated decision”, Crisp said South Africa could still implement such a policy down the line. When the time comes, the health department would be guided by the World Health Organization (WHO) and other experts.

This could probably be considered once vaccines are equally available to everyone in South Africa, which is unlikely. That said, a fair, digital solution is critical once more South Africans resume travelling.

How it works in the rest of the world

The European Union’s Digital Covid Certificate (EUDCC) is available to all 27 members of the EU, as well as non-EU nationals living in other member states who are permitted to travel to member states.

As reported by BBC, the EU’s vaccine passport eliminates the need for self-isolating if a traveller is arriving from any of the amber-list countries.

The vaccine passport, or digital certificate, contains a scannable QR code, along with the traveller’s vaccination status, test results and recovery status. It’s described as the “golden ticket for travel”.

The United States utilises digital health records stored on smartphones, while China implemented its International Travel Health Certificate back in March, and the UK has its own NHS Covid Pass.

When I travelled to Kenya in 2019, the yellow fever vaccination certificate was a mandatory provision. Visitors to Kenya should also get jabs to protect them from hepatitis A, Typhoid, Tetanus and Polio.

However, vaccine passports were required around the world decades before Covid-19 upended our lives. Back then, it was seen as a protection, not an infringement.

The debate can be taken one step further: We already, all of us, need a passport to travel…

Volkswagen electric cars meant for ‘millions, not millionaires’
3 hours ago
3 hours ago

Hesitancy or misinformation – why are South Africans not getting vaccinated?
5 hours ago
5 hours ago

Volkswagen electric cars meant for ‘millions, not millionaires’
3 hours ago
3 hours ago

Hesitancy or misinformation – why are South Africans not getting vaccinated?
5 hours ago
5 hours ago