Ambassador Chen Xiaodong says the US must stick to science and stop promoting conspiracies such as the 'Wuhan lab leak'. 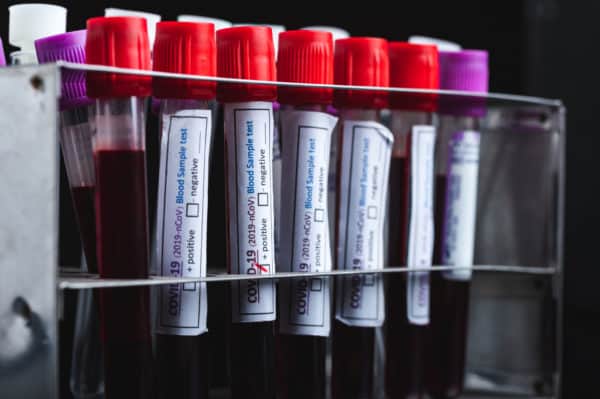 Chinese ambassador to South Africa, Chen Xiaodong, has lashed out at the US for embarking on a political origin-tracing exercise of the coronavirus, calling on the US to immediately return to “the right path of a science-based response cooperation”.

Addressing a media briefing on Monday on the origin tracing, Xiaodong described the US approach on the virus as flawed – asserting that it was “inherently anti-science for politicians and the intelligence community to trace the origins of viruses”.

While the US government has been stuck on the lab leak theory, an investigation earlier this year ordered by President Joe Biden came out inconclusive.

On 27 August, the US office of the director of national intelligence released a summary of an assessment on Covid origins, claiming the source was a Wuhan lab leak.

Said Xiaodong: “The summary has nothing new in pinning the blame on China.

“What the US has done is a witch hunt that only looks for excuses in favour of their verdict – presuming China to be guilty.

“In doing so, the US does not respect science. They fail to own up for the loss of lives. And they undermined global solidarity against the virus.

“The US spared no effort to hype up the so-called Wuhan lab leak – slandering China for withholding information – refusing to cooperate and obstructing an international investigation.

“These US slanders have no grounds. The US side is blatantly telling lies.

“The Chinese side opposes and condemns such moves.”

He said the P4 lab of the Wuhan Institute of Virology (WIV) was a China-France government project, which strictly followed international standards “all the way from design, construction to management”.

Explained Xiaodong: “There are strict protective facilities and measures. The lab has been operating safely and stably since it opened in 2018.

“The local government in China got the first Covid report on 2 December 2019. They got test samples of the first batch of Covid patients on the 30th.

“Before that, the WIV had never accessed, stored or studied the virus, whatsoever.

“The Institute has never designed or manufactured the virus – not to mention to leak it.

“It has never conducted any coronavirus gain-of-function research

“Even up till now, not a single staff member of the WIV contracted the virus.”

In March, a World Health Organization (WHO) team consisting of 34 experts from China and around the world, did a 28-day study in Wuhan, with WHO officially releasing a joint WHO-China study on Covid origins.

The study concluded that a lab leak was “extremely unlikely”.

Said Xiaodong: “This has become the general consensus of the international academic community.

“Since last year, many well-known experts have published articles in prestigious medical journals such as the Lancet, to refute the conspiracy theory of a lab leak with solid evidence.

“Among them are many American experts such as NIH [National Institutes of Health] director Francis Collins.

“Many findings show that the virus had emerged in many places around the world – long before the virus hit and got reported in China. Earlier positive samples are still being identified.

“In November 2019, multiple skin biopsies from an Italian woman revealed the virus in situ hybridisation reactivity.

“Genetic material of the virus has also been detected in wastewater samples collected from a city in Brazil.

“From 13 December 2019 to 17 January 2020, nine states in the US reported a total of 106 archived samples of routine blood donations that tested positive for Covid antibodies.

“In doing so, the US does not respect science.

“They fail to own up for the loss of lives. And they undermined global solidarity against the virus.”

He said China twice invited WHO in July last year and March this year for origin-tracing “and we fully supported WHO expert team’s work”.

“During the trips, the Chinese side made every effort to organise and coordinate among relevant departments to meet the requirements of WHO experts on their visit.

“During the team’s visits to China, the Chinese side presented all the key raw data in great detail. This included patient data from 174 early cases.

“The foreign experts also repeatedly made it clear that the team had access to a huge amount of data and information.

“They spoke highly of China’s open, transparent and responsible attitude.

“They said that China’s openness was unexpected and the results of the Wuhan visit exceeded expectations,” added Xiaodong.

From Covid to cancer: High hopes for 'versatile' mRNA
9 hours ago
9 hours ago

From Covid to cancer: High hopes for 'versatile' mRNA
9 hours ago
9 hours ago