The ACDP says it will fight any policy on mandatory vaccinations in the province. 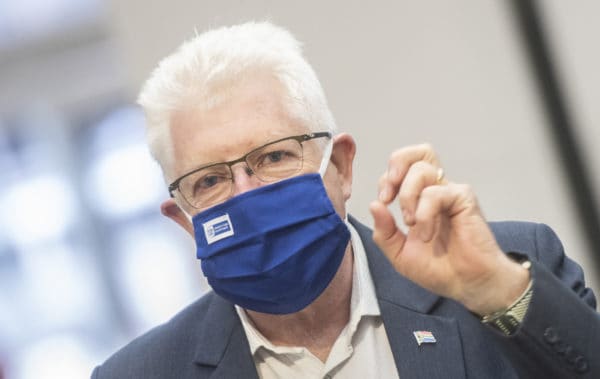 Western Cape Premier Alan Winde says the provincial government is discussing whether it should introduce a mandatory vaccine policy for its staff.

The premier made this comment during a briefing to the provincial government’s ad hoc committee on Friday.

According to Winde, the provincial government has received many queries from residents who need to be vaccinated before they can travel overseas.

“There are parts of the world where it is mandatory – even if you want to book an air ticket, do you have your vaccine or a vaccine passport?”

Winde also said vaccinations were vital to minimising the effect of the upcoming fourth wave of the Covid-19 pandemic in South Africa.

The national government has previously said getting a Covid-19 jab is a choice and it would not be introducing any law to make vaccination mandatory.

As of Monday, the Western Cape had administered a total of 2,239,632 vaccinations. The national total for vaccines administered is 13,673,651.

Last week, Discovery Health said it “intends to move to a mandatory vaccination policy” for its employees. Its offices would become “vaccination-only zones” from 1 January 2022.

ALSO READ: Discovery moves for mandatory vaccinations in their workplaces

The health insurer said this decision was because of the “clear moral and social obligation to enhance and protect their lives”.

“I think they’re right. If logic prevails, I think we should all be vaccinated,” he said.

Saad, however, didn’t say whether the pharmaceutical company would make vaccinations mandatory for its staff.