There has been an increase of 84 hospital admissions in the past 24 hours. 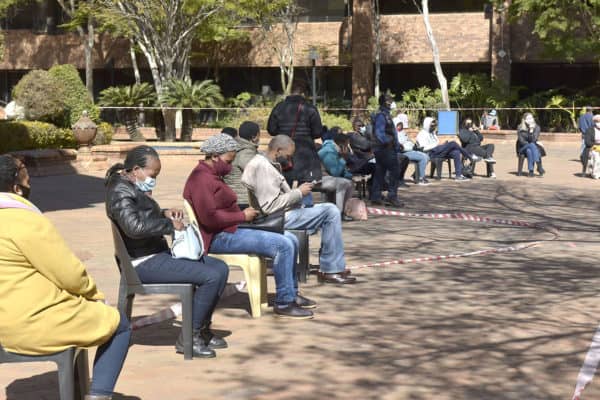 According to the National Institute for Communicable Diseases (NICD), this increase represents a 2.7% positivity rate.

The country has also recorded 40 new deaths, bringing the total fatalities to 88,506.

18.090,841 tests have been conducted in both public and private sectors as per the table below.

There has been an increase of 84 hospital admissions in the past 24 hours.

Accelerating the pace of vaccinations worldwide will be key not just to containing the coronavirus pandemic, but also to resolving the speed bumps besetting the global economic recovery, IMF chief Kristalina Georgieva said Thursday.

Finance officials gathered for the annual meeting of the Washington-based crisis lender have flagged concerns about supply chain bottlenecks that are pushing prices higher.

Those disruptions stem from the unprecedented situation created by the pandemic and the sharp rebound in demand as economies reopen, as well as struggles to hire workers amid renewed infections from the Delta variant of the coronavirus.

But Georgieva said the “more fundamental problem” is the growing divergence between “countries that are pulling forward more strongly, and those that are falling behind,” largely due to the drastically lower vaccination rates in lower-income nations.

“There was a very clear message coming out of this meeting that vaccinating the world is critical,” she told reporters.

While advanced countries are starting to provide booster shots, about 96 percent of the population of low-income countries are unvaccinated.

Georgieva repeated the Fund’s view that inflation pressures are mostly transitory, but the committee stressed that central banks will be watching prices closely and will take action if “concrete” risks materialize.

The committee, in its concluding statement, recognized the risks to the recovery and highlighted the need for “immediate action” on vaccinations and to address the crisis that is exacerbating poverty.

The membership also repeated the pledge to “extend financial assistance to countries in need.”

That includes shifting funds from the newly-issued IMF reserves — $650 billion in special drawing rights — to countries most in need. Georgieva said her $100 billion goal is “very achievable.”

Despite Omicron surge, SA so far sees mild symptoms
4 hours ago
4 hours ago

Despite Omicron surge, SA so far sees mild symptoms
4 hours ago
4 hours ago