Ramaphosa tells voters he has ‘no problems in the bedroom’

The ANC president has been going all out to not only convince ANC voters to support the party again at the ballot box, but also to offer up their arms for vaccination. 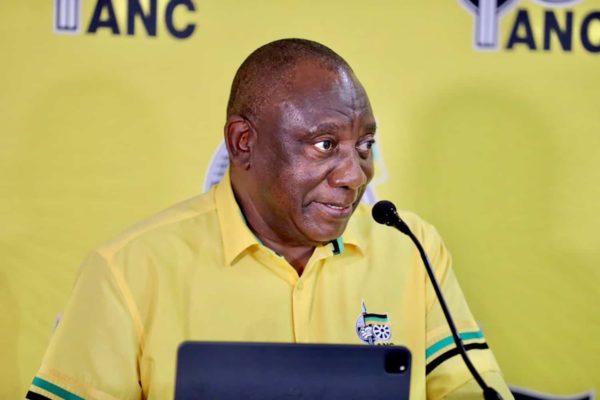 ANC president Cyril Ramaphosa has hit the campaign trail hard this month in the lead-up to local government elections on 1 November, using his public meetings to not just promise that the ANC has turned over a new leaf with regards to corruption and incompetence, but also to spread the word about the need to vaccinate against Covid-19.

The ANC initially opposed the postponement of elections this year due to the Covid outbreak, before joining the likes of the EFF who wanted to rather be safe than sorry.

The Constitutional Court denied the Electoral Commission’s request to put off voting and the elections now appear destined by good fortune to take place during a significant trough between peaks of infections.

The Covid infection numbers are currently remarkably low and the country is still only on Alert Level 1.

ALSO READ: Cyril, here’s a quick way to end the lockdown by tomorrow

In order to maintain this progress, the scientific community has said that as many people as possible need to be fully vaccinated. Only about a quarter of the population has received even one dose of vaccine without slightly more than 18% fully vaccinated. The president is himself fully vaccinated, and has been telling potential voters on the trail not to believe the false warnings and conspiracy theories about the dangers of vaccines.

One of the persistent myths is that Covid-19 may cause sexual problems, including erectile dysfunction in men.

Ramaphosa, quoted in Sunday Times Daily, has tried to counter this by saying: “I am vaccinated and there are no problems at home in the bedroom and I have not died. Right here in front of you is proof that vaccines are safe.”

Prior to him becoming ANC president in 2017, a controversial series of articles in The Sunday Independent attempted to link him to extramarital affairs with as many as eight different young women. Ramaphosa failed in an urgent interdict to stop the publication of those stories.

He only admitted to having had an affair with a medical doctor more than a decade ago. He said he told his wife about the affair and that they were still happily married despite his indiscretion.

Ramaphosa said at the time that the social media smear campaign against him represented an escalation of a dirty war against those working to restore the values, principles, and integrity of the ANC and society, and it was likely state agencies and resources were being abused to promote factional political agendas.

In a statement at the time, acting spokesperson Tyrone Seale appeared to verify that the emails were Ramaphosa’s “personal email correspondence”, but that they could not have been lawfully obtained.

It was thanks to these emails that Ramaphosa picked up his “Cupcake” nickname – a term of endearment he apparently used for one of his young correspondents.