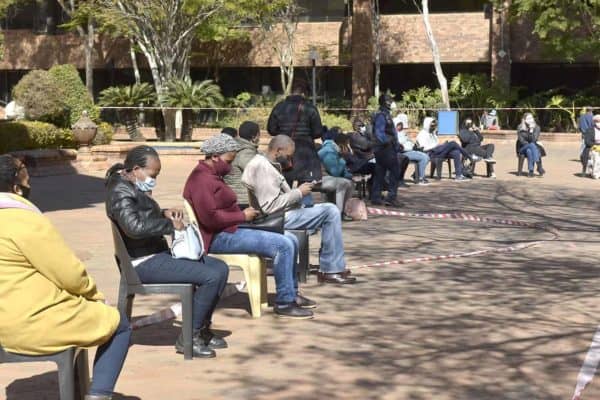 China places Lanzhou, a northwestern city of four million, under lockdown in a bid to stamp out a domestic coronavirus spike, with residents told not to leave home except in emergencies.

The EU’s drug watchdog approves booster doses of Moderna’s Covid vaccine for all over-18s, amid concerns that protection levels dip after initial jabs.

Vaccine-reluctant New York firefighters take to the streets to demonstrate against the city’s requirement that they get inoculated against Covid-19 or risk losing their jobs.

Social media take action against a video by Brazilian President Jair Bolsonaro’s warning of a supposed link between Covid-19 vaccines and AIDS, with Facebook removing the video and YouTube suspending the far-right leader for one week in addition to blocking the clip.

Hong Kong will tighten virus travel restrictions to bring it more into line with the Chinese mainland, its leader says, as the city extends its streak of more than two months without a major local outbreak.

Mexico begins vaccinations for adolescents with chronic diseases in the capital, the latest step in an immunisation drive in one of the countries hit hardest by the pandemic.

– Kids exempt from US travel rules –

Vaccine requirements taking effect next month for people entering the United States by air will not apply to children, a senior US official says.

A major warm-up tournament for the Australian Open is cancelled, with organisers blaming uncertainty over the virus rules players will face in Melbourne.

Chicago Bears head coach Matt Nagy says he has tested positive, putting a question mark against his ability to appear on the sideline for next Sunday’s clash with the San Francisco 49ers.

The countries with the most new deaths were United States with 1,371, followed by Russia with 1,106 and Ukraine with 734Taking into account excess mortality directly and indirectly linked to Covid-19, the World Health Organization estimates the overall death toll could be two to three times higher.