KwaZulu-Natal has overtaken the Western Cape as the province with the most number of new cases. 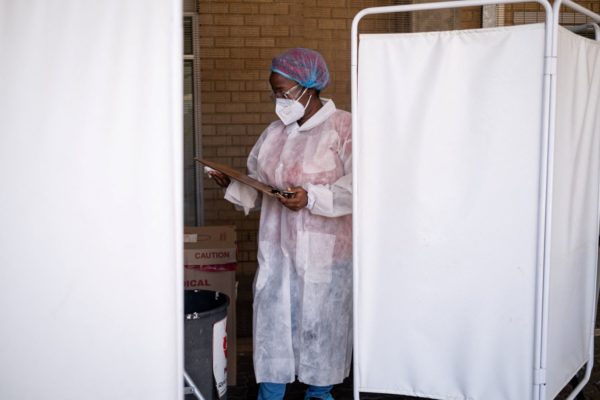 A healthcare worker prepares to conduct a PCR Covid-19 test at the Lancet laboratory in Johannesburg on 30 November 2021. Photo: EMMANUEL CROSET / AFP

According to the NICD, KwaZulu-Natal has overtaken the Western Cape as the province with the most number of new cases.

The number of new infections spiralled by more than half across the world this week as the Covid-19 surge continues, while pandemic-linked deaths dropped 9%.

The average number of new daily coronavirus cases passed the symbolic one million mark to 1.18 million, a 57 % increase over the week before.

The main flare-ups at a regional level took place in Oceania and Latin America and the Caribbean, where they more than doubled – by 157% and 138% respectively.

There was also a big increase of 92% in cases in the United States/Canada zone. The number of infections increased in Europe by 47% and in the Middle East by 37%.

Cases in Africa, where the highly contagious Omicron variant was first detected, increased by just eight percent. Asia bucked the world trend with its infection numbers down two percent.