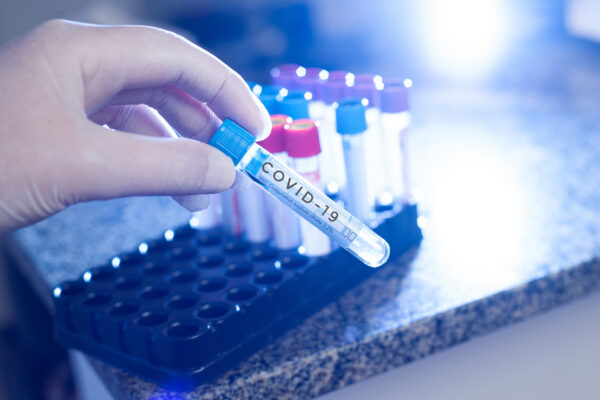 Speaking to City Press, Dr Kaluwa, said scientists “predicted this would happen around this time”.

Kaluwa said the debate as to whether we are in the fifth wave or not is not the focus point”. Instead, the rising new infections should prompt individuals to vaccinate.

“What is important now, given the increasing numbers of infections, is for those who are not vaccinated to do so urgently. This includes those who are partially vaccinated”, he said.

That said, we are still a ways to go before we reach the peak of the delta variant when hundreds of people died daily and hospital admissions reached an average of 16,000 per day.

The positivity rate indicates how fast the disease is spreading through the community, a vital indicator since many cases go undetected.

On Saturday, South Africa’s positivity rate had risen above 30% for the first time in almost five months, primarily due to the spread of two Omicron sublineages.

In April, South African scientists identified two omicron sublineages, BA.4 and BA.5. Concerningly, the strains could reinfect those who already had the original strain.

At the time, the executive director of NICD, Professor Adrian Puren, said scientists are conducting studies to determine the effectiveness of vaccines on the sub-variants.

He said the slow vaccination rate in South Africa was concerning, and different strategies would be required to persuade citizens to vaccinate.

“It is very difficult, we are trying through different strategies to attract people to vaccinate, trying to reassure them that this is more serious than influenza,” Puren said.

Meanwhile, Professor Tulio de Oliveira – Director of CERI (Centre for Epidemic Response and Innovation, and KRISP – said the latest statistics are a clear sign of the fifth wave.

“The positivity ratio is as high as the previous four weeks”, he said. “Please take care and do not be filled that a new variant is needed to cause a new wave”.

As per the National Institute for Communicable Diseases (NICD), 43 hospital admissions were recorded in the past 24 hours, along with five deaths.

Despite the sharp rise in new cases, government has not yet reintroduced lockdown restrictions.