Covid-19 update: 64 hospital admissions reported in the past 24 hours 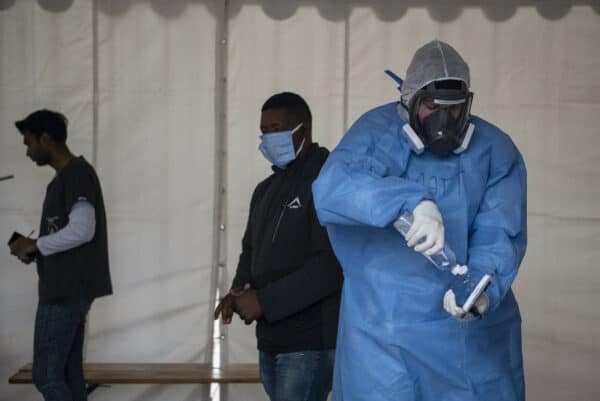 Health workers are seen at the Nasrec Field Hospital for Covid-19 on 25 January 2021. Picture: Michel Bega

This represents a 6.8% positivity rate, the National Institute for Communicable Diseases (NICD) confirmed.

There were 64 hospital admissions in the past 24 hours.

25,515,180 tests in total have been conducted to date in both public and private sectors.

Free State recorded 24 cases followed by Northern Cape (16) and Limpopo (17), which recorded the lowest cases of the day.