Committee to Protect Journalists awards to be graced by film stars

The dinner will be hosted by Christiane Amanpour, chief international correspondent for CNN. 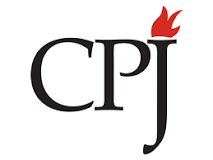 The Committee to Protect Journalists (CPF) will honour four inspiring journalists from Cameroon, Mexico, Thailand and Yemen with its International Press Freedom Awards in New York next week.

Presenters scheduled to honour the awardees are Bill Whitaker, who will present the award to Ahmed Abba, a journalist imprisoned in Cameroon.

The dinner will be hosted by Christiane Amanpour, chief international correspondent for CNN and CPJ senior adviser. The 2017 dinner chairman is David Rhodes, president of CBS News.