ANC decision to downgrade Israel embassy in tandem with US resolution

Before the vote Trump threatened UN members planning to vote against his decision with cutting funding aid to their countries and the UN itself.

ANC’s decision to downgrade Israel’s embassy in South Africa to a liaison office came at a time when United General Assembly also voted in a non-binding decision not to recognise Donald Trump’s decision on Jerusalem.

Gerald Modise, the spokesperson for ANC North West province which sponsored the proposal that received overwhelming support from other provinces; regions and branches, said the party needed to send a strong message to Israel that there was a price to pay for its human rights abuses and violations of international law.

In the lead-up to yesterday’s vote at the UN in New York, Trump sent a veiled threat to countries who planned to vote against his decision to recognise Jerusalem as the capital of Israel with cutting financial aid.

He said it would be the countries loss and the US will save billions if they go against his decision and alluded he will also withhold payments to the UN if he was opposed.

Countries who heeded Trump’s threat are small are non-players with no significant influence in the world – Togo, Micronesia, Nauru, Palau, Marshall Islands, Guatemala and Honduras. They joined Israel in supporting Trump.

READ MORE: More disruption from Trump as US recognises Jerusalem as Israel’s capital

Delegates from 21 countries were not present during the session, meaning they could not be recorded as abstentions, while 35 countries abstained. This may suggest Trump’s warning over funding cuts may have had some effect.

Thirty-five countries abstained, including five EU states, and other US allies including Australia, Canada, Colombia and Mexico. Ambassadors from several abstaining countries, including Mexico, used their time on the podium to criticise Trump’s unilateral move.

Reacting to the vote, US ambassador to the UN Nikki Haley described the vote as shameful and told countries who rejected Trump’s decision to move her country’s embassy to Jerusalem that he took the decision “personally.” She said the US “will remember this day in future” for being opposed to exercise its “sovereign right” on the matter.

The threatening sentiment did not bode well for the Turkish envoy to the world body. He said “dignity was not for sale” and that many other countries will not take kindly to Trump’s “bullying” and will not succumb to his threats.

“They did not make it about Jerusalem, so when you make it about them and to only be able to get nine votes to say ‘no’ to it, I think it was a complete failure for their campaign,” he told AFP.

Israel’s prime minister, Benjamin Netanyahu, rejected the UN vote out of hand – “Israel thanks President Trump for his unequivocal position in favour of Jerusalem and thanks the countries that voted together with Israel, together with the truth,” said a statement from Netanyahu’s office.

Addition reporting from The Guardian and Al Jazzera

OPINION: It's selfish to call on Miss SA to put her dreams on hold
3 weeks ago
3 weeks ago
PREMIUM! 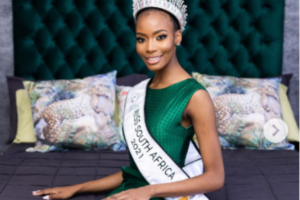 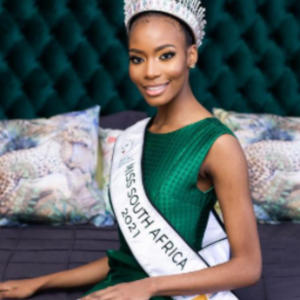 OPINION: It's selfish to call on Miss SA to put her dreams on hold
3 weeks ago
3 weeks ago
PREMIUM!