Wilson's conviction comes amid a host of accusations that the Catholic Church ignored and covered up child abuse in Australia, charges that have also plagued other countries. 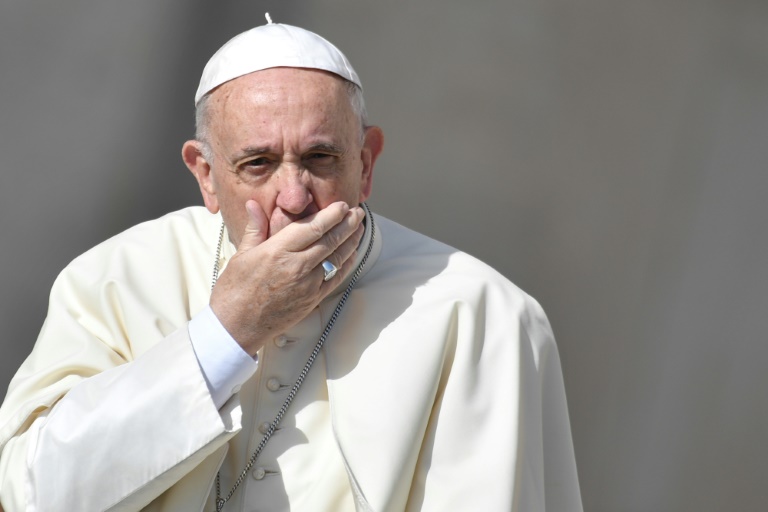 An Australian archbishop convicted of concealing abuse by a notorious paedophile priest in the 1970s said Monday that he hoped his stepping down would be a “catalyst to heal pain and distress” after his resignation was accepted by Pope Francis.

The Vatican announced on Monday the departure of Philip Wilson, sentenced to a year in detention earlier this month after, in May, becoming one of the highest-ranking church officials to be convicted on the charge.

Wilson was found guilty in an Australian court of failing to report allegations against paedophile priest Jim Fletcher.

He submitted his resignation, which he says was not requested by the Vatican, on July 20, a day after Australian Prime Minister Malcolm Turnbull called on Francis to sack the 67-year-old.

In a statement released by the Catholic Archdiocese of Adelaide on Monday, Wilson said:

“I made this decision because I have become increasingly worried at the growing level of hurt that my recent conviction has caused within the community.

“I had hoped to defer this decision until after the appeal process (against the conviction) had been completed. However, there is just too much pain and distress being caused by my maintaining the office of Archbishop of Adelaide, especially to the victims of Fletcher.”

Turnbull welcomed the resignation in a statement to Fairfax Media on Monday, adding that “there is no more important responsibility for community and church leaders than the protection of children”. An Alexander McQueen dress ensemble on display for the “Heavenly Bodies: Fashion and the Catholic Imagination” exhibition, which explores how legendary couture houses have been inspired by church imagery

Wilson had long denied the charges and initially resisted calls to resign pending an appeal against his conviction.

His legal team made four attempts to have the case thrown out, arguing that their client suffered from Alzheimer’s and should therefore avoid trial.

But a magistrate in Australia found Wilson guilty of concealing a serious indictable offence of another person, concluding that his primary motive was to protect the church.

He said when sentencing him that Wilson had showed “no remorse or contrition”.

The court has adjourned the matter until August 14 to assess whether Wilson can serve his sentence under home detention.

Wilson’s conviction comes amid a host of accusations that the Catholic Church ignored and covered up child abuse in Australia, charges that have also plagued other countries.

He has pleaded not guilty to the charges.

A national inquiry into the issue was ordered in 2012 to investigate widespread allegations of institutional paedophilia in Australia.

Wilson’s departure comes just two days after the pope accepted the resignation of US cardinal Theodore McCarrick, 88, accused of sexually abusing a teenager while working as a priest in New York in the early 1970s.

McCarrick is just the second cardinal ever to lose his status. He remains a priest pending the Vatican investigative process.

Abuse within the Chilean Catholic Church has proved to be a thorny issue for the pope.

He vowed to “restore justice” after admitting the Church failed “to listen and react” to abuse allegations in the country spanning decades.

Currently 158 members of the country’s Catholic Church are being investigated for carrying out or concealing incidents of sexual abuse of both children and adults that go as far back as 1960.

Last week the Archbishop of Santiago, Cardinal Ricardo Ezzati, was summoned by Chilean prosecutors to respond on August 21 to accusations of covering up systematic sexual abuse of minors by Chilean priests, 14 of whom were defrocked in May.

Less than two week prior prominent priest Oscar Munoz was arrested over allegations of sexual abuse and rape of at least seven children.

Iran: Nuclear deal 'within reach' if West shows goodwill, ball in US court
19 hours ago
19 hours ago

Iran: Nuclear deal 'within reach' if West shows goodwill, ball in US court
19 hours ago
19 hours ago