A Tory MP and hardcore Brexit advocate has been accused of justifying Britain's Boer War camps. 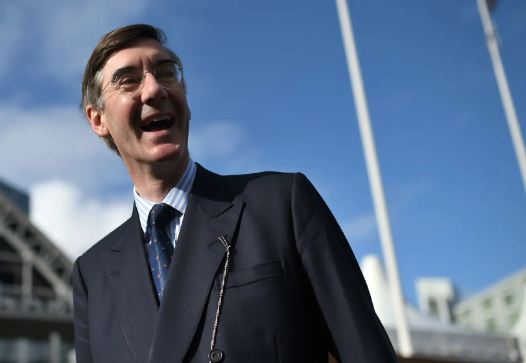 Jacob Rees-Mogg, a British Conservative politician and a hardline supporter of Brexit, has caused controversy by making comments that were seen by many as justification for the use of concentration camps by British colonialists during the Anglo-Boer War.

Rees-Mogg appeared on BBC One’s Question Time talk show, where he defended Winston Churchill’s legacy, saying he should not be vilified like Adolf Hitler.

“South African concentration camps had exactly the same mortality rate as existed in Glasgow did at the time. They’re not a good thing but where else were people going to live?” he said.

He was then taken to task for justifying an atrocity by another guest on the show, researcher Grace Blakley.

He denied this, saying people were only put in these camps “for their protection”.

“I’m afraid you are confusing concentration camps with Hitler’s extermination camps,” he continued.

“I’m not saying they are the same thing. I’m saying any concentration is de facto an awful, awful thing,” was Blakley’s response, after which Rees-Mogg tried to explain himself.

“These people were interned for their safety. Now that is not a good thing. The death rate was exactly the same as Glasgow. Death rates 100 years ago were considerably higher than they are now for all sorts of reasons,” he said.

“It was not systematic murder. That is simply wrong. I’m not advocating people being taken off their farms and put into camps but there was a war going on and people were being taken there to be fed because the farmers were away fighting the Boer War.

“This is one of the things where you’ve got to understand the history of what was going on, not just look at it from the comfort of 2019 and say that this is the same as what was going on with Hitler. It is completely and utterly different.”

Watch the clip below:

Rees-Mogg was slammed on social media by both South Africans and Brits for insensitivity, Indy100 reports, by people including veteran South African journalist Max du Preez.

The concentration camps used in the Second South African War are considered to be one of the greatest atrocities committed by the British.

Over 27,000 of the 107,000 people interned in the camps died. This amount was a sixth of the Boer population at the time. Most of those interned were women and children, and they largely fell victim to starvation and disease due to the appalling conditions that were allowed to persist.

Jacob Rees-Mogg explaining that Boer women and children were put in concentration camps for their protection. And to be fed. And then saying “you have to understand the history” or something to that effect. ???? https://t.co/BozjflkcbZ

Utter nonsense by @Jacob_Rees_Mogg The Boer women & children were taken to #ConcentrationCamps, not for their safety or to feed them, but to stop them providing the #boer soldiers, engaged in gorilla tactics, with food and supplies. More #fakenews https://t.co/4JubZRN7Pk