Markets sink as Trump presses US companies to leave China

Stocks in the United States moved sharply lower on Friday as President Donald Trump said he was ordering companies to look at how to close their operations in China and make more products at home. The president called Powell an “enemy” in response to the central banker’s remarks on Friday morning – comments that had partially blamed global economic weakness on the trade war with China.

The US dollar rose sharply against the Chinese yuan, US equity markets fell and oil prices dropped on Trump’s latest social media salvo against China.

Technology companies, which have much to lose in the trade battle, accounted for the biggest share of the market’s losses. Chipmaker Nvidia slid 4.8 percent and Apple lost over four percent.

Trump cannot legally compel US companies to abandon China immediately, and he gave no details on how he might proceed with any such order.

However, Trump said he would be offering a response later on Friday to tariffs on US products announced by China earlier in the day.

“Our great American companies are hereby ordered to immediately start looking for an alternative to China, including bringing your companies HOME and making your products in the USA,” Trump wrote on Twitter.

“We don’t need China and, frankly, would be far better off without them.”

Experts said tax policy changes and sanctions could be used to restrict or reduce US business activity in China, but it would take years to disentangle the world’s two largest economies.

The consequences of a complete break to the world economy could be severe. China, for instance, holds $1.11 trillion in US Treasury securities.

For many goods sold in the US, there are few alternatives to Chinese production, and shifting production for major goods manufactured there could take years and be expensive.

US companies could also sue their federal government in response to any order to shutter plants in China.

The most effective option for Trump would be to restrict federal procurement from any companies that do business in China. ‘Can’t be a market economy’

Bill Reinsch, a former senior Commerce Department official, said Trump had limited options to force US companies to withdraw from China, and it would make little economic sense.

That could severely impact companies such as Boeing Co, Apple Inc and General Motors Co, which are big US contractors and have large business interests in China.

“We can’t be a market economy and do that,” Reinsch said.

“No one’s going to pay attention to it anyway,” he added. “Companies do what they’re going to do.”

Many US companies have already begun moving some operations out of China due to rising labour costs.

But others, including General Motors, have large plants there to supply the Chinese market. They would resist any pressure to close their facilities in China, given the size and importance of that market, Reinsch said.

The US Trade Representative’s Office delayed tariffs on more than half the $300bn in Chinese goods, telling companies the delay covered product categories where China supplies over 75 percent of total US imports. 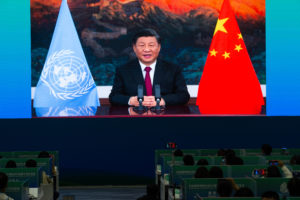 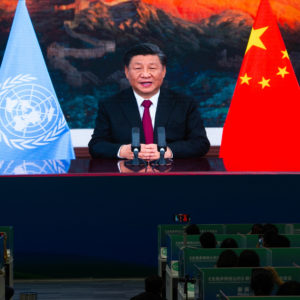