Terrified children at a nearby school climbed over walls to get further away from the fighting. 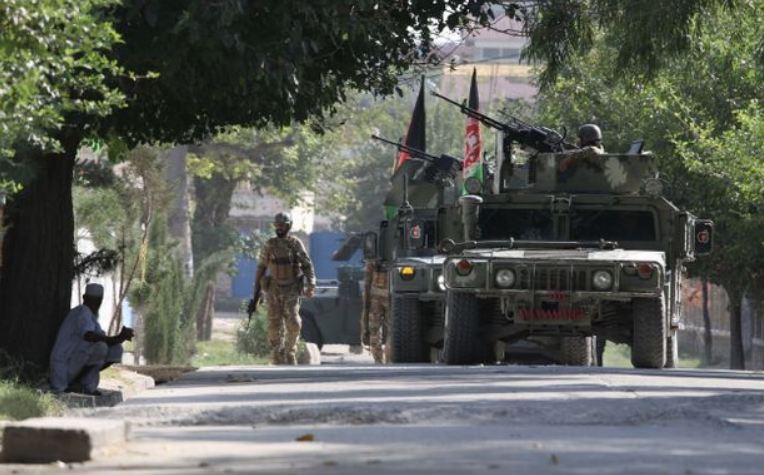 Afghan security officials stand guard near the scene of a suicide bomb attack in Jalalabad, Afghanistan, 18 September 2019. A suicide bomber and gunmen attacked a government office in Jalalabad as clashes continued between the security forces and militants. EPA-EFE/GHULAMULLAH HABIBI

At least 12 people were injured when gunmen stormed a crowded government building in eastern Afghanistan Wednesday after a suicide bomber attack, with desperate survivors leaping from windows to escape the fighting, witnesses and officials said.

Security forces rushed to the scene after armed men attacked the office in Jalalabad, capital of eastern Nangarhar province, in the latest violence to hit the war-torn country as it gears up for a presidential election on September 28.

Terrified children at a nearby school climbed over walls to get further away from the fighting.

A provincial spokesperson, Ataullah Khogyani, said the blast had been carried out by a suicide bomber, and that security forces had rushed to the scene to rescue staff still inside the building.

Witnesses and an AFP reporter could hear gunshots immediately after the initial blast.

One of the centre’s employees, Haji Qudrat, told AFP of the moment one of the gunmen entered his office.

“After the explosion, we heard small gunfire in our corridor, then a man entered our office with a gun and started shooting,” he said from a hospital in Jalalabad, where he was receiving treatment for a wounded leg.

“I jumped out the window. Some of our friends are either killed or wounded.”

Qudrat said there had been around 200 people inside the centre when the bomber detonated, 80 being employees, and the rest people waiting to receive their national electronic identity cards, or “tazkiras”.

“I was in class when I heard a big explosion followed by intense gunfire,” said Mohammad Ullah, a teacher at a nearby school.

“The kids started crying so we had to vacate the school. We jumped over the walls to take the students to a safer place,” he told AFP.

No group immediately claimed the attack. Both the Taliban and the Islamic State group are active in Nangarhar, which borders Pakistan.

The assault came a day after the Taliban killed nearly 50 people and wounded dozens more in two separate attacks – one near a campaign rally for President Ashraf Ghani in the central province of Parwan, and one in Kabul.

The militants have vowed to disrupt the upcoming presidential election, scheduled for September 28, in which President Ashraf Ghani is taking on his own Chief Executive, Abdullah Abdullah, and more than a dozen other candidates.

The winner is hoping for a mandate to negotiate with the Taliban for a lasting peace in the country suffering from decades of violence.

But the insurgents want to undermine the legitimacy of the process and keep the president weak.

Taliban spokesperson Zabihullah Mujahid said in a statement released after Tuesday’s blasts: “We already warned people not to attend election rallies. If they suffer any losses that is their own responsibility.”

They have also promised more violence after US President Donald Trump called off talks earlier this month seeking a deal that would have allowed Washington to begin withdrawing troops from Afghanistan, the site of America’s longest war.

But the militants have also repeatedly voiced their belief that the US will eventually have to return to the table for more negotiations.

Chief negotiator Sher Mohammad Abbas Stanikzai reiterated that stance in an interview with the BBC hours after Tuesday’s attacks, stating “our doors are open for negotiations”.

He also defended Taliban violence during the months of talks, arguing that the Americans had also admitted to killing thousands of Taliban during the discussions. 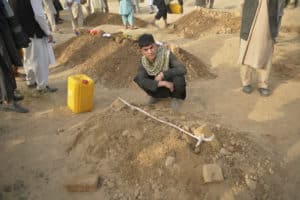 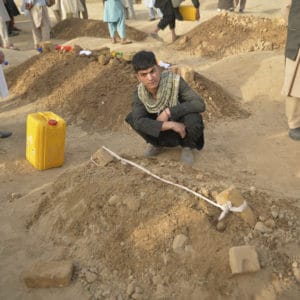 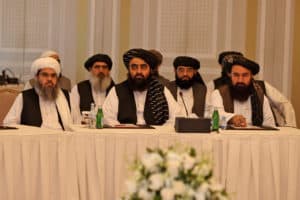 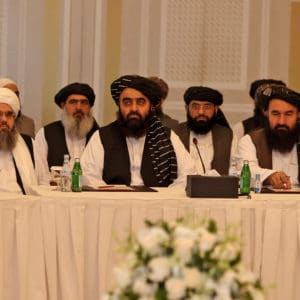 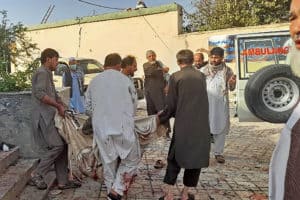 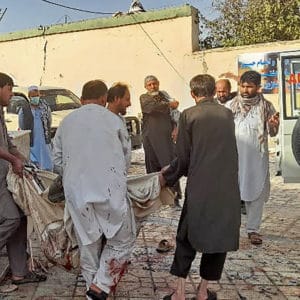