A round of intensified Brexit talks ended on Thursday with both sides warning of big remaining differences but committing to more negotiations next week in London. 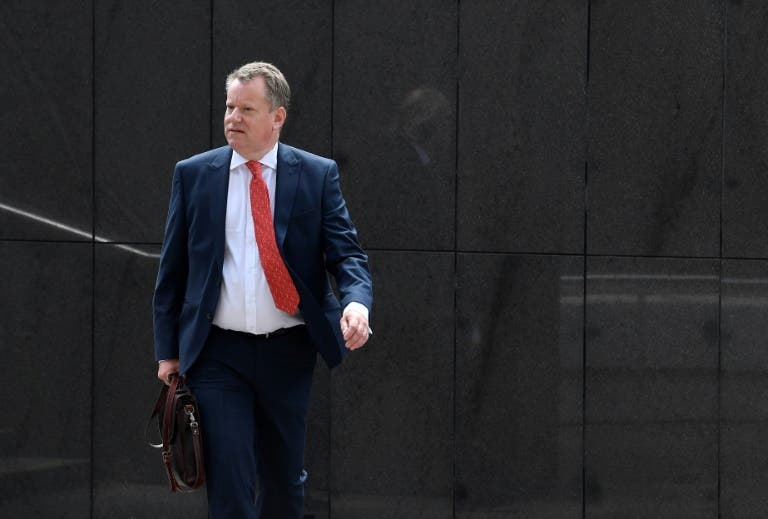 The four days of meetings in Brussels were the first held face-to-face since the coronavirus shutdown, with hopes high that progress would be made, but they broke up one day early.

“Our goal was to get negotiations successfully and quickly on a trajectory to reach an agreement,” EU chief negotiator Michel Barnier said in a statement.

“However, after four days of discussions, serious divergences remain,” he added.

More hopefully, the former French minister added: “We continue to believe that an agreement is possible and in everyone’s interest.”

But Frost added: “We remain committed to working hard to find an early understanding on the principles underlying an agreement.”

Holding in-person talks “has given extra depth and flexibility to our discussions,” he said.

The talks this month are being held in a more limited format than earlier sessions, in hopes that a more personal encounter can deliver a breakthrough.

However, a final one-on-one session between Frost and Barnier set for Friday was cancelled, though a source said the schedule was never ironclad.

The “expected dynamic did not occur,” a European source told AFP.

“At the same time, we are digging into the hard stuff and no longer just summarising our divergences.”

The talks will resume on Monday in London in the same restricted format, with a full session, involving hundreds of negotiators, planned for July 20 in the UK capital.

Britain left the EU on January 30 and a post-Brexit transition period during which it still benefits from de facto EU membership comes to an end on December 31.

Without a new agreement, the two sides would see ties reduced to minimum standards set by the World Trade Organization with high tariffs, quotas and serious disruptions to business.

London is pushing hard to get agreement on the broad outlines of a trade deal this summer to give businesses clarity well before the end of the year.

The EU is less pressed for time and believes that necessary ratification by the European Parliament and other member states would require a deal to be done by late October.

German Chancellor Angela Merkel on Wednesday said the EU must prepare for the possibility that the talks could fail.

Her unusually hard stance came as Germany took over the EU’s rotating presidency in which achieving a deal is a priority.

Over the next weeks, Barnier and Frost are hoping to unknot some of the most contentious issues that have not changed since talks began in March.

In his statement, Barnier asked that Europe’s positions to “be better understood and respected in order to reach an agreement”.

These include guarantees of fair competition demanded by the EU in fiscal, social or environmental matters to avoid the emergence of a low-regulation economy on Europe’s doorstep.

Other sore points are the role for the EU Court of Justice, access to British waters for European fishermen, and the agreement’s actual form.

The Europeans want a broad deal covering all areas of the relationship that should be negotiated in parallel, while London says a simple trade agreement will do for now.