Forcing snap elections to challenge the Liberals would be an equally hard sell in the midst of the worst economic crisis since World War II. 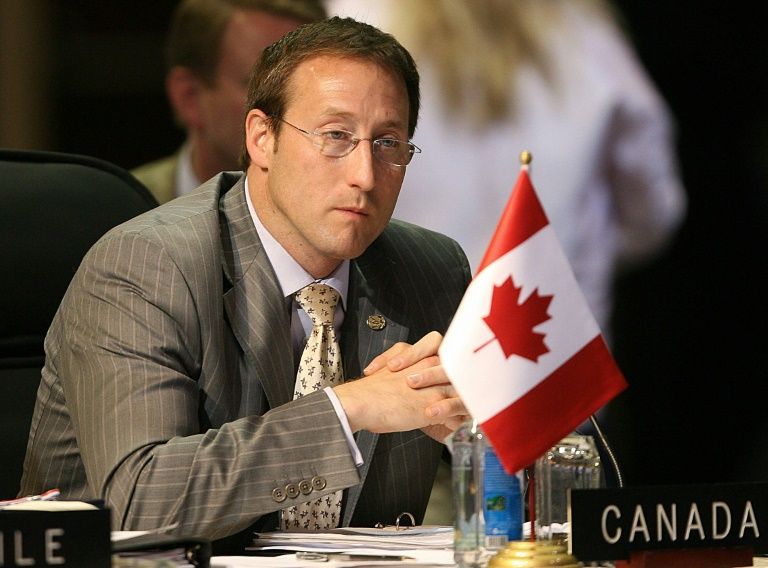 Former Canadian foreign and defense minister Peter MacKay is the frontrunner in the race to lead the nation's Conservatives and take on Liberal Prime Minister Justin Trudeau. The contest results are to be announced Sunday. AFP

Four candidates vied to replace outgoing Andrew Scheer, including two former ministers, the first Seventh-day Adventist ever to be elected to parliament, and an outsider seeking to become the first black woman to lead a major federal political party in Canada.

Frontrunner Peter MacKay, 54, was looking to mark his triumphant return to politics following a five-year hiatus.

After leading Canada’s foreign, defence and justice departments in the last Tory administration from 2006 to 2015, he ducked the limelight.

He has faced a strong challenge for the party leadership from former air-force navigator and former veterans affairs minister Erin O’Toole, 47, who ran twice previously for the job.

Both have touted a need for the party to broaden its appeal to progressive voters, with a focus on jobs and the economy, but also to pitch a clear climate plan, which has been lacking from the Tories.

He also pledged if he becomes prime minister to ban China’s Huawei from Canada’s 5G networks, and a tax overhaul.

The coronavirus pandemic made campaigning for the Tory leadership a challenge, preventing the usual gladhanding and engaging with stakeholders.

Balloting by mail replaced the spectacle of a leadership convention with balloons and streamers, and Canadians have shown little interest as they contended with the virus.

Forcing snap elections to challenge the Liberals would be an equally hard sell in the midst of the worst economic crisis since World War II.

The next opportunity will be at the end of September when Trudeau seeks parliament’s support for massive new social and environmental spending to steer Canada out of its economic slump.

The Tories, however, would need the backing of at least two other parties to topple the minority government.

Married to an Iranian-born former beauty queen, with whom he has three children, MacKay was first elected to Parliament in 1997 representing his father’s old Nova Scotia electoral district.

As leader of the Progressive Conservatives, he made a deal with Stephen Harper and his Canadian Alliance to merge the two parties and unite the right.

But its loss to Trudeau in 2015 underscored a need to expand its base in rural and western Canada.

“We need more urban and suburban Canadians to see that their values of liberty, family and equality have always been at the core of the Conservative Party,” O’Toole said.

Pundits suggested Leslyn Lewis as leader could reinvigorate the party.

The Jamaican-born lawyer does not speak French, does not have a seat in parliament, and is not well known, having only once ran for public office.

In the 2015 election, she was parachuted in to replace an appliance repairman bounced from the Tory slate mid-campaign after he was caught on an investigative television show urinating into a homeowner’s coffee mug while on a service call.

Lewis scored relatively well in that ballot, but lost to the Liberal candidate.

She represents a resurging social conservative wing of the party, having voiced opposition to gay marriage and abortion, and saying she would seek to restrict access to recreational cannabis, which was legalised by the Trudeau administration in 2018.

Social conservatism, also espoused by Adventist candidate Derek Sloan, is a tough sell to Canadians, with two-thirds of voters having supported progressive parties in the last ballot.

Sloan, 35, has courted controversy, suggesting that homosexuality is a choice, while opposing mask-wearing and mandatory vaccinations.