Gay US couple to be deported after calling Bali ‘queer friendly’

For most Indonesians in Bali, 'this is not a 'queer friendly' place,' one activist said. 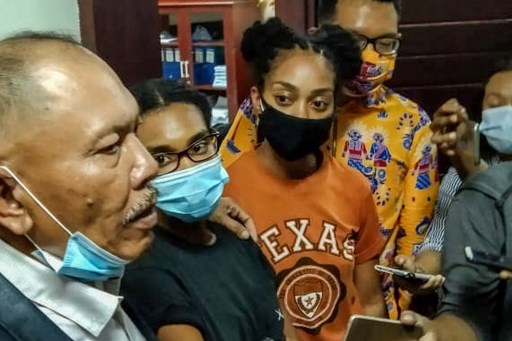 A gay American couple is being deported from Bali after viral tweets that called the Indonesian resort island “queer friendly”.

The firestorm started when Kristen Gray tweeted over the weekend that she was enjoying “an elevated lifestyle at a much lower cost of living” after moving to the island from Los Angeles with her girlfriend.

Praising the benefits of Bali, she said it was “queer friendly” and home to a “black in Bali community”.

She also promoted an e-book she was selling that told people how to bypass strict regulations barring foreigners from visiting during the coronavirus pandemic.

Justice official Jamaruli Manihuruk said Gray and her partner would be sent back to the US as she was “suspected of having intentionally disseminated unsettling information” about Bali.

Gray, however, insisted she had not committed a crime.

“I am not guilty… I am being deported because of (being gay),” she said.

The reason Kristen Gray thinks Bali is queer friendly is because a)she’s a foreigner, and b) economic leverage means financially dependent locals won’t say much.

If Bali is queer friendly, then why am I told daily I am diseased and need conversion therapy to be cured?

While same-sex relationships are not illegal in most of Indonesia, the country’s LGBT community has faced growing pressure in recent years and their rights are limited.

Far from being supportive, the country’s LGBT community accused her of being ignorant of their plight.

For most Indonesians in Bali, “this is not a ‘queer friendly’ place,” one activist said.

“Please know that the majority of us Indonesians are still deeply embedded in the closet because of the astounding homophobia we face on a daily basis.”