Jeff Bezos to step down as Amazon CEO

“As Exec Chair I will stay engaged in important Amazon initiatives but also have the time and energy I need to focus on the Day 1 Fund, the Bezos Earth Fund, Blue Origin, The Washington Post, and my other passions," said Amazon founder Jeff Bezos. 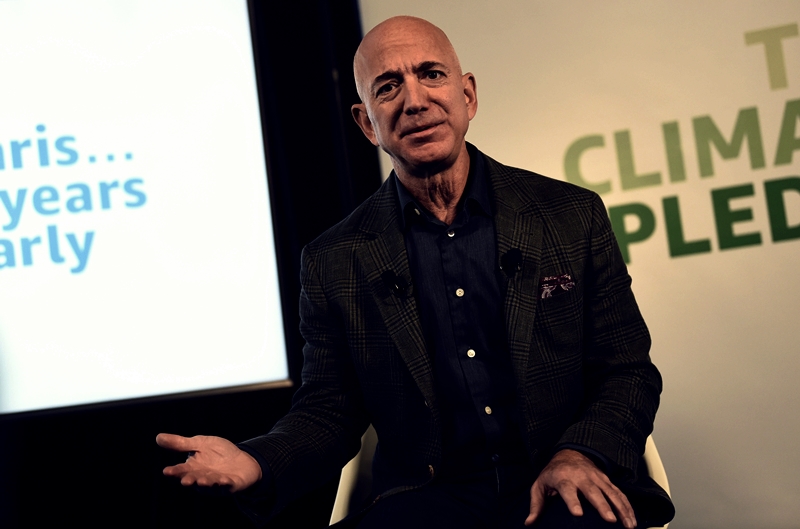 Amazon Founder Jeff Bezos announced on Tuesday that he is stepping down as Amazon CEO. (Photo by Eric BARADAT / AFP)

Amazon founder Jeff Bezos said Tuesday he would stand aside later this year as chief executive of the company he built from a startup into one of the world’s most valuable firms.

The world’s richest person based on his Amazon stake, Bezos said he will transition to the role of executive chair in the third quarter, handing over the CEO role to Andy Jassy, who heads Amazon Web Services.

The news came as Amazon reported a blowout holiday quarter with profits more than doubling to $7.2 billion and revenue jumping 44 percent to $125.6 billion — as pandemic lockdowns caused online sales to explode around the globe.

In a letter to Amazon employees, Bezos said he would “stay engaged in important Amazon initiatives” but would pivot towards philanthropic initiatives, including his Day One Fund and Bezos Earth Fund, and other business ventures in space exploration and journalism.

“I’ve never had more energy, and this isn’t about retiring,” Bezos wrote.

“I’m super passionate about the impact I think these organizations can have.”

Bezos, 57, founded Amazon in his garage in 1994 and went on to grow it into a colossus that dominates online retail, with operations in streaming music and television, groceries, cloud computing, robotics, artificial intelligence and more.

His other businesses include The Washington Post newspaper and the private space firm Blue Origin.

His successor Jassy joined Amazon as a marketing manager in 1997 and in 2003 founded AWS, the cloud services division of the company which has been one of the most profitable but least-known units of the tech giant.

“He will be an outstanding leader, and he has my full confidence,” Bezos said of Jassy.

“Right now I see Amazon at its most inventive ever, making it an optimal time for this transition,” he said.

Wedbush analyst Dan Ives saw giving command of Amazon to Jassy as a “major step up in the clouds arms race with crosstown rival Microsoft.”

ALSO READ: Tech billionaire Elon Musk says he’s off Twitter ‘for a while’

Bezos’s tenure at Amazon has been marked by a vast expansion globally and surges in profitability.

The company is based in Seattle, Washington, and is developing a second headquarters outside the US capital.

Amazon’s market value was some $1.69 trillion as of Tuesday, a tenfold increase from a decade ago, making it one of the world’s most valuable.

Bezos’s stake gives him a personal fortune worth an estimated $196 billion, slightly more than Tesla chief Elon Musk who had briefly captured the title of world’s wealthiest person.

Amazon has led other businesses by guaranteeing a minimum $15 per hour wage and has invested billions in Covid-19 mitigation — but it continues to face criticism over workplace conditions at its warehouse operations.

“The company Jeff Bezos started nearly three decades ago is under a cloud of scrutiny,” said Maurice BP-Weeks of activist group coalition Athena.

“Workers are speaking up, walking out, and organizing against miserable working conditions … Small businesses are banding together to challenge Amazon’s anti-competitive practices.”

The company employs more than one million people worldwide including 800,000 in the United States.

The transition comes with Amazon and other large tech firms under heightened scrutiny from antitrust enforcers in the United States and elsewhere for their dominance of key economic sectors, which has become even more pronounced during the Covid-19 pandemic.

While Amazon has become the leading force in online commerce, Bezos has brushed aside criticism over its dominance of the sector.

He told a congressional hearing last year that Amazon accounts for less than four percent of retail spending in the United States and has a “range of retail competitors.”

The latest quarterly results showed growth across all business segments including its cloud computing as Amazon has expanded its streaming media offerings and grocery operations.

Neil Saunders of the research firm GlobalData said Amazon has boosted sales during the pandemic “off the back of its superior logistics network,” but also faces growing competition.

“We maintain our view that Amazon will emerge from the pandemic as a bigger and stronger business,” Saunders said.

“We welcome the leadership change, if only because it will allow Jeff Bezos to focus more on innovation and new ideas.” 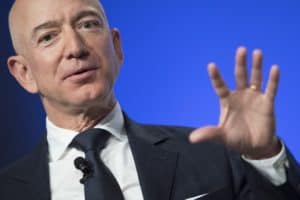 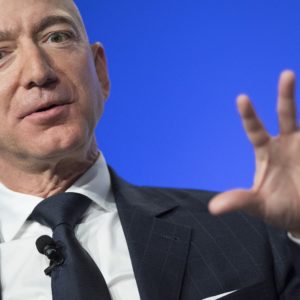 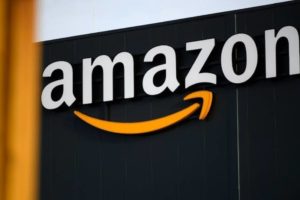 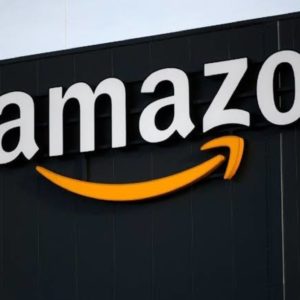