Getting vaccinated remained a 'personal decision', Spahn said, but that decision would now 'also come with the responsibility to bear the financial consequences'. 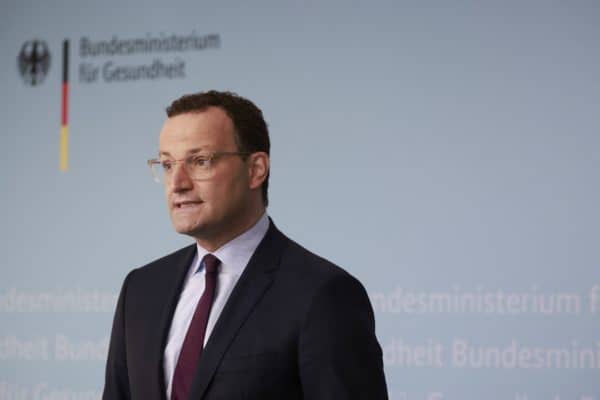 German Health Minister Jens Spahn gives a press statement in Berlin on September 22, 2021 on measures during the coronavirus (Covid-19) pandemic. - Health ministers from the federal and state governments have agreed that anyone who has to be quarantined as an unvaccinated person will not receive any financial support from the state from November 1, 2021. (Photo by Odd ANDERSEN / AFP)

Germans who have not been vaccinated against Covid-19 will no longer receive compensation for lost pay if they have to quarantine from November, Health Minister Jens Spahn said on Wednesday.

The government had been stepping in to pay workers sent into quarantine for at least five days after having contact with an infected person or returning from a “high risk” area abroad.

But that policy will end from November 1, Spahn said after a meeting with the health ministers of Germany’s 16 states, in the latest government initiative to encourage more Germans to take the jab.

Getting vaccinated remained a “personal decision”, Spahn said, but that decision would now “also come with the responsibility to bear the financial consequences”.

“Some people will say this means pressure for the unvaccinated. I think we have to look at it the other way around — it is also a question of fairness,” he said.

Those who have been vaccinated are no longer required to quarantine in Germany.

A total of 63.4 percent of the German population had been fully vaccinated against Covid-19 as of Wednesday, according to official figures — well under the 85 percent deemed necessary by the Robert Koch Institute (RKI) health agency.

With the vaccination campaign running out of steam, the debate has been heating up around possible restrictions for the unvaccinated, though compulsory vaccination for parts of the population has so far been ruled out.

Many German states have introduced rules that allow restaurants and other leisure facilities to restrict entry to those who are vaccinated or can show they have recently recovered from the disease.

And from October, anyone wanting a rapid negative test as a substitute for proof of vaccination will have to pay for it out of their own pocket — ending a government initiative that had made testing widely available and free to all.

Germany on Wednesday reported 10,454 new cases of Covid-19 in the past 24 hours and an incidence rate of 65 new infections per 100,000 people over the past seven days.

'People must vaccinate,' urges woman who lost both parents to Covid-19
1 hour ago
1 hour ago

'People must vaccinate,' urges woman who lost both parents to Covid-19
1 hour ago
1 hour ago