The UK government on Friday urged the public against panic-buying fuel as some petrol stations closed pumps due to a lack of tanker drivers. 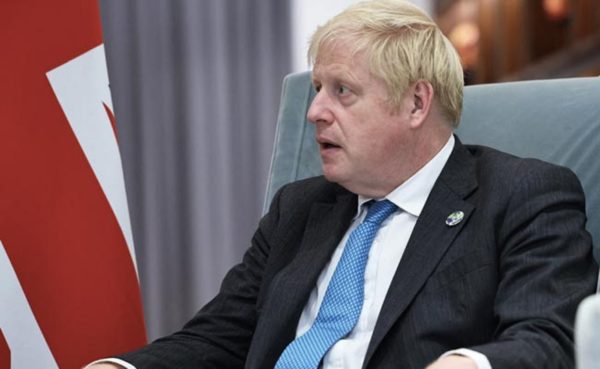 The UK government on Friday urged the public against panic-buying fuel as some petrol stations closed pumps due to a lack of tanker drivers.

The Sun newspaper headlined its front page “We’re running on empty”, as fears grew of a repeat of 2000, when protests over high fuel prices brought the country to a virtual standstill.

This time, the coronavirus pandemic and Brexit have created a shortage of lorry drivers, hitting the supply chain and leaving shelves empty at some supermarkets and shops.

But Transport Secretary Grant Shapps insisted there was no fuel shortage and the government would get more lorry drivers delivering stock.

“The advice would be to carry on as normal,” Shapps told Sky News after a number of UK petrol stations run by BP and ExxonMobil-owned Esso were forced to close.

Drivers were seen queuing outside some petrol stations, where some said they had run out of some types of fuel.

At Hildenborough in southeast England, a BP petrol station was closed entirely and its pumps wrapped in plastic.

“Sorry we’re out of fuel. We are working hard to fix this,” signs read.

At least 50 of BP’s 1,200 service stations were out of at least one type of fuel, The Times reported, while BP told AFP a “handful of sites” had temporarily closed.

Motorists have been told not to rush to fill up. “There is no shortage of fuel in the UK and people should continue to buy fuel as normal,” Downing Street said Thursday.

Industry insiders said the lack of fuel deliveries was confined to southeastern England and appeared to be temporary, but was part of a wider problem.

Gordon Balmer, of the Petrol Retailers Association, cited “supply pressure from a lack of trained HGV (heavy goods vehicle) drivers,” despite demand at 92 per cent of pre-pandemic levels.

Experts and business leaders say Brexit and the pandemic have reduced the number of truck drivers working in Britain, affecting supply chains for numerous businesses.

Many drivers who have left Britain were from eastern Europe and returned home due to the global health crisis or to avoid falling foul of tougher immigration rules.

“We’re 100,000 drivers short at the moment,” including “20,000 European drivers… who have left the country because of Brexit”, Rod McKenzie, of the Road Haulage Association, told BBC television on Friday.

“Since Brexit has happened there’s been a shortage of labour across all industries,” said Shane Kenneally, 38, who runs a landscaping business, as he pulled into a west London filling station only to find there was no fuel.

“This should have been thought about but this government has always not thought ahead.”

Shapps, though, denied Brexit was to blame. Critics were “wrong”, he told Sky News, adding that EU countries were experiencing similar problems.

The UK government recently announced an overhaul for HGV driving tests get more drivers behind the wheel as soon as possible.

But while saying the government was “ruling nothing out”, Shapps rebuffed industry calls to add truck drivers to a special list of industries suffering labour shortages, to make it easier for EU citizens to obtain work visas.

The Sun reported that several ministers were pushing for truck drivers to be given emergency visas.

Shapps argued that many people in the UK have quit driving “often because there has been cheaper European labour”, undercutting their pay.

“We want to get those people back in,” he said, adding that “the market is responding by paying drivers more, and that is bringing more people back in”.

Britain was keen to “entice” back European truck drivers who have gained the necessary status to work in the UK but are currently overseas, he added.

The Times reported the government could draft in the army to deliver fuel and that ministers had discussed putting soldiers on standby.

But Shapps said: “Probably that’s not the solution in terms of just sheer numbers.”