Mark Lorentzon was suspected of being behind the explosion at the building where he lived. 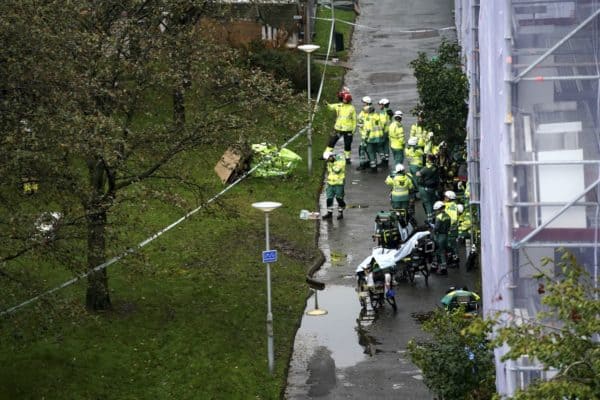 Firemen work at the site of an explosion in an apartment building in Annedal in central Gothenburg, Sweden, on 28 September 2021. Photo: Bjorn LARSSON ROSVALL / TT News Agency / AFP

A 55-year-old suspect in an explosion last week in Sweden’s second city Gothenburg was found dead on Wednesday after an apparent suicide, prosecutors said.

Named as Mark Lorentzon by Swedish media, the man was suspected of being behind the pre-dawn blast last Tuesday that injured 16 people at the building where he lived.

City workers plucked a body out of a central Gothenburg waterway early on Wednesday that “was identified as that of the man sought by police and prosecutors… after the explosion in a building,” prosecutors said in a statement.

They added suicide was the most plausible cause of death.

The man was the subject of an international arrest warrant issued earlier this week.

The suspect, who had been due to be evicted from the building on the day of the explosion, had vanished without a trace.

The blast, which sparked a major fire, landed 16 people in hospital including four with serious injuries, and 140 people were evacuated.