The royal hopes to use the settlement from 2009 to escape a civil case related to his alleged sexual abuse of Virginia Giuffre. 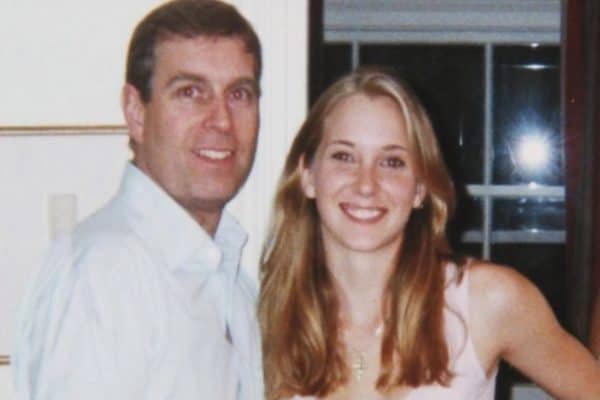 Prince Andrew’s sexual assault accuser agreed not to sue “other potential defendants” related to Jeffrey Epstein‘s alleged sex crimes, according to a secret deal released on Monday, that the royal hopes will convince a US judge to dismiss a lawsuit against him.

The once-confidential document unveiled by a New York court shows that Virginia Giuffre agreed to drop her civil case against late disgraced money manager Epstein for $500,000 in 2009.

The 12-page settlement, made in Florida, contains a provision that claims to protect “other potential defendants” from being sued related to alleged sexual abuse committed by Epstein, who killed himself in jail in 2019.

The clause takes effect “from the beginning of the world to the day of this release,” according to the agreement.

Giuffre alleges that Epstein lent her out for sex with his wealthy and powerful associates, including Andrew, an allegation he has repeatedly and strenuously denied.

Her deal with Epstein says she will “forever discharge” any “other person or entity who could have been included as a potential defendant.”

Lawyers for Queen Elizabeth II’s second son will cite the agreement during oral arguments on Tuesday when they will urge judge Lewis Kaplan to throw out the case.

Giuffre has sued the British royal for unspecified damages, alleging he sexually assaulted her in 2001 when she was 17 and a minor under American law.

Giuffre’s lawyer, David Boies, said in a statement that Andrew could not protected by the agreement because he “did not even know about it” at the time.

“The release is irrelevant to Ms. Giuffre’s claim against Prince Andrew,” said Boies.

“He (Andrew) could not have been a ‘potential defendant’ in the settled case against Jeffrey Epstein both because he was not subject to jurisdiction in Florida and because the Florida case involved federal claims to which he was not a part.”

Giuffre says Prince Andrew assaulted her at Epstein’s home in New York, and on his private island in the US Virgin Islands.

She alleges that Andrew also sexually abused her at the London home of Ghislaine Maxwell, who was last week found guilty of sex trafficking minors for Epstein.

Maxwell, who introduced Andrew to Epstein in the early 1990s, faces life behind bars after being convicted by New York jurors of five of the six counts she faced following a high-profile month-long trial.

Epstein died aged 66 in a Manhattan jail in 2019, in what New York’s coroner ruled was a suicide, after being charged with child sex trafficking charges.

He was a billionaire hedge fund manager who befriended countless celebrities including Donald Trump and Bill Clinton.

Epstein was convicted in 2008 of paying young girls for sexual massages at his Florida mansion but served just 13 months in jail after striking a deal with the then-state prosecutor.

Andrew has rarely been seen in public since he was forced to quit the royal frontline later that year for failing to distance himself from the disgraced financier.

Andrews lawyers have accused Giuffre of seeking to profit from a “baseless lawsuit.”

Their attempts to halt progression of the lawsuit on the grounds that Giuffre now lives in Australia were rejected by Kaplan on Friday.

Giuffre’s lawyers have demanded that Andrew hand over medical records proving that he is unable to sweat.

In a disastrous 2019 interview with the BBC, the royal denied Giuffre’s claim that they had shared a sweaty dance at a London nightclub, saying that at the time he could not sweat due to a condition related to having fought in the 1982 Falklands War.

In November Kaplan had said the sexual assault lawsuit could go before a New York jury towards the end of 2022.