Biden sets up sanctions in ramped-up effort on US detainees

In Iran, the Biden administration has insisted it cannot revive a languishing nuclear deal without the release of jailed Americans. 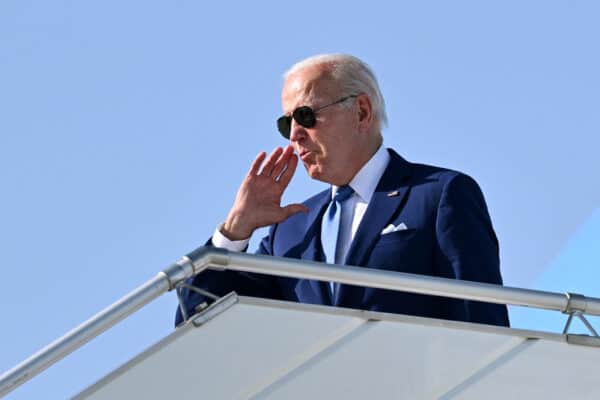 President Joe Biden on Tuesday opened the way for sanctions against governments that unjustly imprison Americans and ordered more detailed travel warnings after a series of high-profile detentions.

Biden signed an executive order billed as expanding the set of tools for the US government as it seeks to free citizens overseas.

The move comes after wide media coverage of the detention in Russia on drug charges of basketball star Brittney Griner, whose wife initially said Biden was not doing enough.

“Using sanctions may not always help secure someone’s release, so we will therefore be judicious and strategic in our use of this authority,” a US official told reporters on condition of anonymity.

“But the families of those held know their loved ones’ case(s) best, and we intend to hear from them, hear their good ideas and listen to their recommendations,” he said.

The State Department, in its travel advisories for Americans, will also begin to highlight in which nations there is an elevated risk of unjust detention.

The initial group of nations that will bear a “D” mark for detention risk will be China, Iran, Myanmar, North Korea, Russia and Venezuela, another official said.

Successive administrations have made the plight of prisoners and hostages a top priority.

Despite soaring tensions over the Ukraine war, the Biden administration in April arranged with Russia to swap Trevor Reed, an ex-Marine jailed for allegedly attacking police while drunk, for a Russian pilot convicted of drug smuggling.

In Iran, the Biden administration has insisted it cannot revive a languishing nuclear deal without the release of jailed Americans.

One of them, Siamak Namazi, a businessman convicted on charges he denies of seeking to topple the clerical state, recently spoke out from prison and urged Biden to secure his freedom regardless of nuclear diplomacy.

At least 11 Americans are known to be held in Venezuela, although two others were freed in March after rare US contact with President Nicolas Maduro, a leftist leader considered illegitimate by Washington.