Back in 1976, at 52, Zimbabwean head of state Robert Mugabe was intensely passionate about democracy and ensuring there is a fair transition of power. 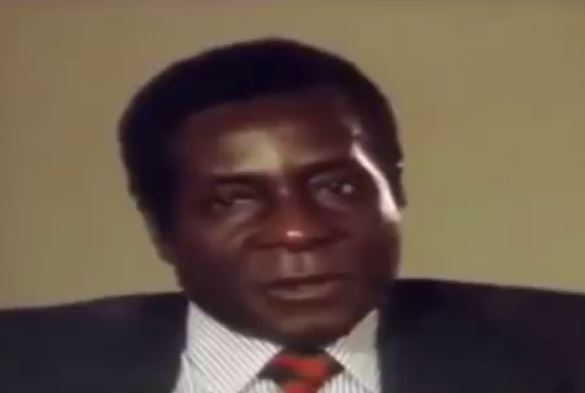 At the time, Mugabe’s Zanu-PF was set to have a conference with Ian Smith, the former head of state in Zimbabwe.

Mugabe’s party was intent on ensuring that a democratic state would exist where the citizens of that country, black and white, would be allowed to freely participate in the economy.

Mugabe gave an interview before the conference, where he said he wanted to see a “society based on the principle of nonracialism – in other words, not the present system, where land is divided according to race, economy is worked out on race and society is established on racial blocks”.

‘We are fighting for democracy. A state based on wishes of majority of people.’

On socialism, Mugabe said he was “dedicated” to socialism.

He said he was fighting for democracy, and urged Smith’s government to cease complete control of the administration.

“We are fighting for democracy. A state based on wishes of majority of people, where people can demonstrate their wishes through democracy,” said Mugabe.

His comments are ironic, as Mugabe is now the oldest head of state in the world and has clung to power for 30 years.

After taking up the presidential reins, he effected a land-reform programme that saw white farmers have their land taken from them without adequate compensation and given to black people. This led to serious sanctions, most of them economic sanctions from the West.

Today, Mugabe is facing a revolt within his own ranks, as the military is in the process of taking control of the government.