Unconfirmed reports yesterday afternoon stated that officials from the army forced Chipanga to practise his speech up to 10 times in the presence of the army commander. 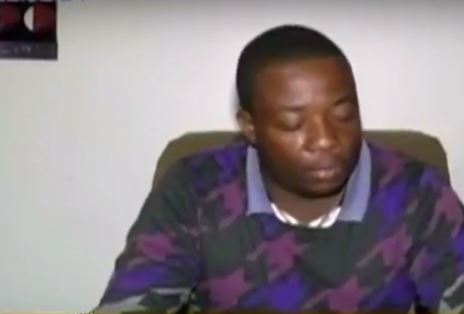 The firebrand leader who has endorsed embattled President Robert Mugabe and his wife, Grace, recently released a press statement in which he said he would “die for Mugabe”.

He did not stop there, however, but accused commander of the army Constantine Chiwenga of harbouring a report on revenues worth $15 billion from diamond mining.

Chipanga, who seemingly acts as a mouthpiece for Mugabe, added the money would alleviate hardship in the army faced by soldiers who are apparently struggling with widespread poverty.

“Cde Chiwenga cannot have his cake and eat it too, he also cannot benefit from his own mischief and misdeeds in that, together with the former Minister of Defence now fugitive Cde Emmerson Dambudzo Mnangagwa, they dismally failed in the stewardship of revenue streams that flowed from Diamond concessions allocated to the Defence forces whose [sole] purpose was cushioning the Defence forces from economic hardships,” said Chipanga.

Since Chiwenga took control of the Zimbabwean government yesterday and forcibly held Mugabe under house arrest at his Harare presidential palace, Chipanga was allegedly informed he would have to issue a public apology on Zimbabwe’s state broadcaster, ZCC, in the evening.

Unconfirmed reports yesterday afternoon stated that officials from the army were forcing Chipanga to practise his speech up to 10 times in the presence of Chiwenga.

He eventually delivered the speech close to midnight.

Zanu-PF Youth League Chairman apologizes to Commander of the National Army. This is painful to watch #Zimbabwe
👇🏿 pic.twitter.com/poGd4rIxqt