After coup, will Zimbabwe see democracy or dictatorship?

For decades, Robert Mugabe ruled Zimbabwe in a ruthless, even reckless manner.

For decades, Robert Mugabe ruled Zimbabwe in a ruthless, even reckless manner. Over nearly 40 years, he turned the “jewel of Africa” into an economic basket case that’s seen inflation of up to 800 percent.

Then, late in the night of Nov. 14, the country’s security services detained and put Zimbabwe’s 93-year-old president under house arrest in what appeared to be a military coup. The whereabouts of his powerful wife, Grace, are unconfirmed.

Much remains unclear at this early stage. Will violence erupt? Is this really the end of the Mugabe era?

I don’t know the answers to those questions yet. I’m not sure even Vice President Emerson Mnangagwa, who appears to have orchestrated Mugabe’s overthrow, knows how his gambit will turn out.

But with each passing hour, it is increasingly evident that Zimbabwe – a country whose politics I spent uncountable hours grappling with as a State Department official – is poised to see its first real leadership transition since 1980.

Setting the stage for Zimbabwe’s coup

For decades, Mugabe’s grip on Zimbabwe was iron-clad. Even when challenged by an invigorated opposition in 2008, he kept the presidency by entering into a nominal power-sharing agreement. After a decisive electoral victory in 2013, though, he cast the coalition aside.

But as the elderly president grew increasingly frail this year, the power struggle to succeed him became frenzied. Two major camps were vying for power.

Vice President Emerson Mnangagwa, who as a soldier fighting for Zimbabwe’s liberation earned the nickname “the crocodile,” represented the old guard. The 75-year-old enjoyed strong military backing, particularly from the veterans’ association, a powerful coalition of former combatants from Zimbabwe’s independence struggle which began in 1964 and ended in 1979.

Last year, the group broke with Mugabe in a public letter, declaring that he had “presided over unbridled corruption and downright mismanagement of the economy, leading to national economic ruin.” Many believed that Vice President Mnangagwa orchestrated the group’s letter as a shot across the bow to warn would-be rivals.

The second camp jockeying to control Zimbabwe before the coup was led by Mugabe’s current wife, Grace Mugabe. At a relatively spry 53, she represented the younger generation, drawing significant support from the ruling party’s loyalist Youth League and from an informal grouping of emerging leaders known as “Generation 40.”

But Grace Mugabe was deeply unpopular among ordinary Zimbabweans, who called her “Gucci Grace” because of her extravagant spending. Plus, she had a reputation for cruelty. Earlier this year, the president’s wife faced accusations of beating a 20-year old South African model with an electric cable.

In September, after Vice President Mnangagwa was emergency airlifted to South Africa due to a strange illness, Grace Mugabe had to publicly deny, on state TV, that she had poisoned her rival.

As recently as early November, it appeared that Grace’s camp had prevailed. President Mugabe sacked Mnangagwa, who fled to South Africa. Mnangagwa, it seems, had a different plan. While in exile, he stayed in touch with his military allies.

On Nov. 14, Mnangagwa’s camp struck back. By the next morning, Mugabe was under house arrest, his wife had reportedly fled to Namibia seeking asylum and Mnangagwa’s cohort appeared to control the country.

At least, that’s the picture right now. Events have moved swiftly in the last 24 hours, and some big questions remain unanswered.

If Mnangagwa officially takes power, the first unknown is whether he will rule by fiat or cobble together a transitional government. It’s unclear whether Mnanangwa and his allies have any real interest in introducing democracy to Zimbabwe. To do so, they would need to hold an election within a reasonable period of time, say six months.

Military coups don’t have a promising track record of ushering in democracy. Recent scholarship finds that while “democratization coups” have become more frequent worldwide, their most common outcome is to replace an incumbent dictatorship with a “different group of autocrats.”

Signals in Zimbabwe are mixed so far. Experts generally describe the latest developments as “an internecine fight” among inner-circle elites and ask two key questions: Which side will prevail, and will violence break out?

In my assessment, the answers hinge on Mnangagwa, a hard-nosed realist and survivor who was critical in securing Mugabe’s four-decade rule. Mnangagwa has an appalling human rights record. Many consider him responsible for overseeing a series of massacres between 1982 and 1986 known as the “Gukurahundi,” in which an estimated 20,000 civilians from the Ndebele ethnic group perished.

It is also true that Mnangagwa is massively invested in ensuring his continued and unfettered access to power, which has proven highly lucrative for him. The vice president is “reputed” to be one of Zimbabwe’s richest people. All of this suggests he might become yet another dictator.

A key stakeholder in any such arrangement would be Morgan Tsvangirai of the Movement for Democratic Change, who served as prime minister to Mugabe as part of the 2009 power-sharing agreement.

That coalition achieved some success on economic matters, but Mugabe’s party never relinquished any real authority. Mnangagwa was among those who clung to power back then, but I believe he might play things differently now. Mnangagwa is no reformer, but he does need to find ways to bolster his legitimacy. Not to mention he will quickly need to confront Zimbabwe’s massive economic woes.

The choices that Zimbabwe’s political leadership makes in the coming weeks will have immense consequences for the future of a country whose development has stagnated under 40 years of authoritarian rule.

Real transitions in Zimbabwe are all too rare. Mugabe led the country to independence in March 1980, assumed the presidency and never left. His demise represents a chance for a political reset.

'Every story has an ending', says Billiat as he retires from international soccer
4 days ago
4 days ago 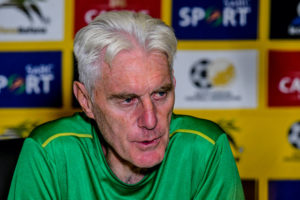 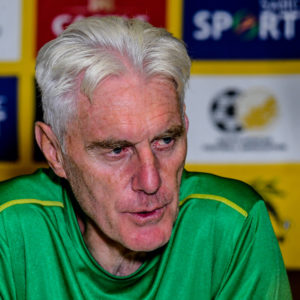 It's happened again! Why Bafana rules blunder could cost them a World Cup spot
1 week ago
1 week ago 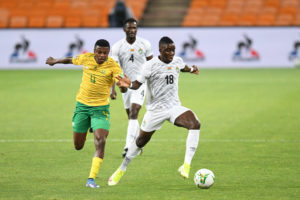 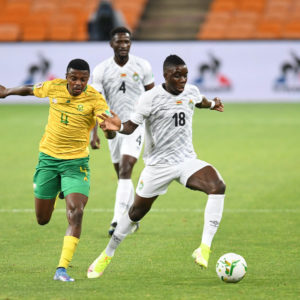 'Every story has an ending', says Billiat as he retires from international soccer
4 days ago
4 days ago

It's happened again! Why Bafana rules blunder could cost them a World Cup spot
1 week ago
1 week ago