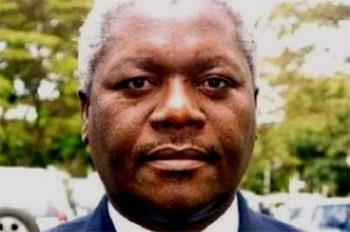 An equivalent of one hundred and forty million rands in cold, hard cash. This is the amount Finance Minister Dr Ignatius Chombo was reportedly found with at his Harare home after the property was raided by the military last Wednesday.

According to NewZimabwe.com, Chombo is regarded as one of President Robert Mugabe’s “most corrupt officials”. The unverified claim that Chombo had bags of cash at his plush home was made by independent Norton legislator Temba Mliswa in an interview with Al Jazeera.

The revelations that Chombo could have hoarded this much cash at home, understandably to avoid queuing with ordinary Zimbabweans as banks are battling to dispense cash at several ATMs in the capital city, came as no surprise.

Described by Zimbabwe Independent newspaper as “undistinguished scandal-prone minister”, allegations of Chombo’s staggering wealth amassed at the expense of ordinary Zimbabweans who are widely believed to survive on less than one US dollar a day (R14 at current exchange) first surfaced during an embarrassing divorce battle with his wife in 2010.

The former college lecturer was embroiled in a bitter legal feud with ex-wife Marian Chombo, who told the Harare High Court she was entitled to half of the then home affairs minister’s assets. The sheer opulence of the estate left then prime minister and MDC leader Morgan Tsvangirai aghast. He likened Chombo to a greedy baboon trying to grab every cob from a farmer’s maize field.

Through his lawyers, he claimed he “didn’t own 90%” of the properties listed by the Herald, which quoted court papers submitted by his wife claiming he owned nearly 100 properties, 15 cars, trucks, safari camps and 10 companies.

Mrs Chombo also laid claim to four stands in Victoria Falls, two residential and two commerical stands in Chitungwiza, four stands in Beit Bridge, 20 stands in Crowhill, Borrowdale, 10 stands in Glen Lorne, two flats at Eastview Gardens, a flat at San Sebastian Flats in the Avenues in Harare, a stand at 79 West Road in Avondale, a house in Greendale, property at 36 Cleveland Road, Milton Park and at 135 Port Road in Norton.

Further properties included two Bulawayo houses, a house at 18 Cuba Road in Mount Pleasant, a house at 45 Basset Crescent in Alexander Park, 2 Chetugu houses, another house at Glen Lorne in Harare, two houses at Victoria Falls, a stand along Simon Mazorodze Road, a stand in Norton, two stands in Avondale, a stand at 36 Beverly House, three stand in Bulawayo and one stand in Mica Road in Kariba,